BORN
1933
DIED
2018
ABOUT
Bourbon County High SchoolScott County High School
FUNERAL HOME
Johnson's Funeral Home Inc
641 S Broadway St
Georgetown, KY
GREYNOLDS Chester Alva, 85, husband of Margaret (Thornton) Greynolds, passed away Monday, July 30th, 2018. He was born on April 13th, 1933 in Loyall, Kentucky, son of the late Alva Lester and Minnie Hoskins Greynolds. In addition to his wife, Chester is survived by his three children, Chester Andrew (Jean) Greynolds, Virginia Lee Greynolds (Jeff) Drury and Jeanne Bess Greynolds (Mike) Devers; five grandchildren, Kaitlin Belle Carter (Christopher) Williams, Reed Rhodes Crumbaugh Carter, Kristian Danielle Devers, Devin Alexis Devers and Abbie Jannell Greynolds; two step-grandchildren, Jordan Carter and Hannah Devers; one great-granddaughter, Addison Elizabeth Williams; one sister, Patsy Gibson; one brother, Colonel William A. Greynolds, Ret.; one brother-in-law, Charles A. (Nancy) Thornton. In addition to his parents, Chester was preceded in death by his great-grandson, Wyatt Michael Hudgins. Chester was a lifelong educator and graduated from Loyall High School, where he was a cheerleader and a member of the Honor Society. He graduated from Eastern Kentucky University where he also received his Master's Degree in Industrial Design and received his Educational Superintendency Certification. Chester was selected for Who's Who, was on the Debate Team, he had multiple roles in Theatre Productions, including lead roles in his Junior and Senior years. Chester taught Industrial Arts and coached golf and football in Jefferson County at Durrett High School, served as Athletic Director and was Director of Teen Canteen. Chester taught Industrial Arts and coached football at Bourbon County High School in Paris. He served at President of KEA, taught and coached basketball for both the boys and girls. Chester developed the middle school football program and was an assistant high school football coach when Scott County won the State Championship. Chester was the principal of Scott County Middle School, where he instituted academic re-evaluation for students every six weeks until students were in a situation where they could be successful. He also instituted the history club, theatre productions, yearbook and yearly recognition banquets for sports and all other activities such as academics, music, clubs, etc. for both boys and girls. He later was Director of Transportation, Maintenance, Housekeeping and Long Range Planning. After his retirement, Chester was brought back as a consultant for the building of Scott County High School. He recommended the use of geo-thermal for their heating and air conditioning system which is now used in all the schools built since then in the county. Chester is remembered by his students as a strong disciplinarian who cared about the teachers he worked with, every individual student and the athletes he coached, just as he did with his own children. He often used humor as a part of his leadership style. Not only was he an educator, he was a sportsman and a man who could do just about anything. He built and raced boats, winning on the national level. He helped a friend rebuild an airplane. Chester and his father designed and made water skis and he taught his own children and many others how to ski. He loved all water sports and fishing, which he did in many different states. In addition to his love of his job, he loved his hobbies that included playing bridge and poker, at which he was especially adept. Some would say he was lucky, but really it was skill which he perfected in college parlaying his brother's ROTC checks into much more spending money for the two of them. Chester received many honors during his life-time and was recognized by Loyall High School and the Scott County School System, as well as the Kiwanis where he served as Fair Chairman and introduced many new events, including the demolition derby. He supported the Democratic Executive Committee, where his wife served as Chairman. Chester was a Mason in Loyal and a member of Georgetown Baptist Church. Memorial contributions may be directed to Bluegrass Hospice Care, 1317 US HWY 62E, Cynthiana, Kentucky, 41031 or to Georgetown Baptist Church, 207 South Hamilton Street, Georgetown, Kentucky, 40324. Visitation will be Saturday, August 4th, from 10:00am until time of service at 1:00pm at Georgetown Baptist Church, with Rev. John Travis officiating. Burial will be at Georgetown Cemetery. Serving as pallbearers will be Andrew Greynolds, Mike Devers, Chris Williams, Reed Carter, Thomas Thornton, Stephen Rice, Zack Land, John Mulholland and David Thornton. Serving as honorary pallbearers will be Danny Bolling, Obey Wallen, Dr. Raymond Wechman, Bobby Barlow, Randy Worley, Chandler Cook, Jim Calloway, Paul Thomas and Bobby Gillespie. The family would like to express their sincere appreciation to the Silver Team of Bluegrass Hospice Care. Johnson's Funeral Home in charge of arrangements. 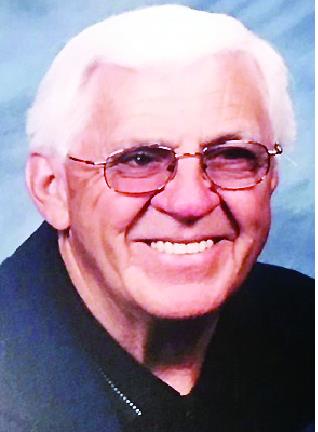