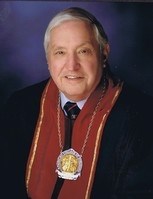 BORN
1945
DIED
2021
FUNERAL HOME
Northcutt & Son Home for Funerals, Inc.
400 Fraley Drive
Morehead, KY
Dr. James David Richardson
May 7, 1945 - September 7, 2021
Morehead, Kentucky - Dr. James David Richardson, age 76, died on Tuesday, September 7, 2021, in Saratoga Springs, New York, from complications due to a breakthrough Covid infection. He was predeceased by his parents, William and Lovena Richardson of Morehead, Kentucky, his sister Barbara McKenzie of Flat Gap, Kentucky, and his wife of 50 years, Karen Suzanne Hargis Richardson, of Louisville. He is survived by his wife Maxine Rogers Richardson, daughter Melissa Lewis, daughter Dr. Amy Richardson (David Searfoss) and son Britton Richardson (Christine), all of Louisville. He has 2 surviving brothers, Dr. Ronald Richardson of Louisville and Paul Richardson (Kathy) of Morehead, Kentucky. He has five beautiful grandchildren whom he adored: Tasia, Charles, Amelia, Benjamin and Evelyn Suzanne.
David was born on May 7, 1945, in Morehead, Kentucky, and attended college at Morehead State University. He later attended University of Kentucky Medical School and started his surgical residence there, before transferring to the University of Texas at San Antonio. He completed residencies in both general and thoracic surgery. He went on to be one of the only quadruple board certified surgeons in the country (general, thoracic, vascular and critical care surgeries). He returned to Kentucky and joined the faculty at the University of Louisville Department of Surgery in 1976 and served as the Vice Chairman of the Department as well as Chief of Surgery. Dr. Richardson was a prolific author and has published more than 345 peer review articles, 50 book chapters and was the long-time editor of the American Surgeon Journal. He had an active surgical practice and performed the first liver transplant in Kentucky. He was an internationally recognized leader in surgical education and held many important positions including Chairman of the American Board of Surgery, Director of the American Board of Emergency Medicine, President of the American Association for Surgery of Trauma, President of the Southern Surgical and was elected as President of the American College of Surgery. As impressive as the depth and breadth of his professional accomplishments are, his most important contributions to surgery in America may have been in training and mentoring thousands of young medical students and surgeons. Dr. Richardson took the time to get to know students, residents and young faculty and guided them throughout their careers. He was a natural born teacher and philosopher and did not hesitate to wade into controversial waters when he felt that medicine was abandoning the patient.
In addition to his medical career, David was an avid lover of horses and participated in every aspect of the thoroughbred industry. He was introduced to horse racing by his cousin, legendary Hall of Fame trainer Woody Stephens. He bought his first horse at age 30, before he had purchased furniture for their first house. In partnership with his friends, he raised and sold more than 1,000 horses that won races. He served on the Kentucky Horse Racing Commission and Jockey Club and has been an active member of TOBA. He was known around the racetracks of America as "Doc" and established free medical clinics on the backside for uninsured workers, encouraging local physicians to volunteer as well.
David Richardson was a leader in the worlds of medicine and racing, but his real gift was his ability to forge lasting friendships that spanned decades. He loved his friends and family and was a devoted ambassador for Kentucky. He supported the UK Wildcats with a frightening intensity. David was a doting husband, father and grandfather. He has changed and improved the lives of thousands of patients, students and friends with his kindness and generosity. He will be missed by those who knew him and we will not see his like again.
Funeral services for family will be held in Morehead, Kentucky, on Monday, September 13, 2021, at Northcutt & Son Home for Funerals. Visitation is from 12-2 pm with a service and burial following. There will be a Celebration and Remembrance for the public on Saturday, October 2, 2021, at Churchill Downs Starting Gate Suites from 2-4 pm.
In lieu of flowers, dona-
tions can be made to:
The Hope Health Clinic
1025 Sanibel Way, Suite E
LaGrange, KY 40031
Thoroughbred Charities of
America
PO Box 910668
Lexington, KY 40591

Published by & from Sep. 11 to Sep. 12, 2021.
To plant trees in memory, please visit the Sympathy Store.
MEMORIAL EVENTS
Sep
13
Visitation
12:00p.m. - 2:00p.m.
Northcutt & Son Home for Funerals, Inc.
400 Fraley Drive, Morehead, KY
Oct
2
Service
2:00p.m. - 4:00p.m.
Churchill Downs Starting Gate Suites
KY
Funeral services provided by:
Northcutt & Son Home for Funerals, Inc.
MAKE A DONATION
MEMORIES & CONDOLENCES
Sponsored by Lexington Herald-Leader.
2 Entries
Pam and I have many great memories of our times with David at the races in Kentucky and New York. David and i experienced great times with our Uncle Woody. Our sympathy goes to his family as this is a huge sad loss. God bless you. My health does not permit me to attend his service.
Harley Clemons
September 16, 2021
We are very much saddened by the loss of David. He was a very good friend and excellent physician. He was always wanted to do the best for the patients. We will miss him and we will pray for his soul and for families. Rest In Peace my friend. With prayers. Baby jose family
Baby jose md
Friend
September 11, 2021
Showing 1 - 2 of 2 results