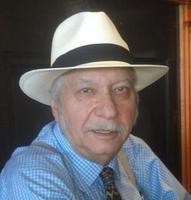 BORN
1939
DIED
2021
FUNERAL HOME
Kerr Brothers Funeral Home - Harrodsburg Road
3421 Harrodsburg Road
Lexington, KY
John Passerello
April 19, 1939 - June 2, 2021
Lexington, Kentucky - John Passerello, 82, loving husband of Bev Passerello, passed away Wednesday June 2, 2021 at his home in Georgetown, Kentucky. He was born April 19, 1939 in Long Beach, California to the late Bert and Julie Passerello. John and Bev collectively had 5 children, Jennifer Passerello, Steven and Jeffrey Danford, Lori Morin, and Julie Bleyenberg, which gave him claim to 17 grandchildren and 9 greats. He leaves behind a sister, Judy Passerello of Irvine, California, his brother and sister-in-law, Lee and Marian Boyes of Colusa, California, and numerous aunts, uncles and cousins around the country. John attended grammar and high school in Long Beach California. While his main focus and college degree was in geography, attending San Jose State, UCLA, USC, and UC Davis, he continued his post grad studies in agriculture and business administration, establishing travel grants for minority geography students, and doing guest lectures on "Jobs in Geography" at various alma maters. After a brief stint in the private sector, he started work for the State of California, where he retired from the Governor's Office of Emergency Services. He served as Regional Administrator, Chief of the Federal Emergency Management Division, and Operations Chief, responsible for planning, preparedness, response and recovery from a variety of disasters including fires, floods, earthquakes, tsunamis, Y2K, riots, and the rescue of Humphrey the whale. During his career at the state, he was also employed by the Coastal Commission, Depts. of Water Resources, Fish and Game, and Governor's office of Planning and Research, where he was the principle author of the state's Environmental Goals and Policy report. He received appointments to various Boards and Commissions, such as the Governor's Earthquake Task force, etc., serving under four Governors: Jerry Brown, Ronald Reagan, George Deukmejian, and Gray Davis. Unable to join the military and fulfill his childhood dream of piloting the B17 Flying Fortress because of eye issues, he served under contract with the Foreign Intelligence Service during the Viet Nam War. After retirement, he and Bev spent several years traveling the U.S., seeing every state except Alaska and Hawaii, visiting family, enjoying getting to know their country, then choosing their eventual new home in the Bluegrass of Kentucky, developing a treasured friendship and professional relationship with Gainesway, where he and Bev became the "donut people", a role he relished. He served on boards and contributed to numerous charitable organizations, including the Salvation Army, the Nature Conservancy, Doctors without Borders, American Friends Service, Civil War Roundtable, TOBA, AAG, APCG, Sierra Club, Audubon Society, Gods Food Pantry, Central Asia Institute, US Olympic Committee, Union of Concerned Scientists, the Civil War Trust, Ocean Conservancy, Kentucky Horse Park Foundation, and numerous animal welfare organizations. Old Friends, a thoroughbred retirement facility, became his favorite charitable organization, and after a move to Ashton Grove Senior Living near there, he acquired yet another title, that of Equine Coordinator. In that capacity, at age 81 and unstoppable, he and Bev facilitated the arrival of horses to Ashton Grove, establishing the first in the nation marriage of senior citizens and senior horses, bringing therapeutic joy to residents, staff, and visiting friends and families. A life of service, he left this world a better place, and will be long remembered by Bev, the family, Dr. Todd Reinhart, his loving doctor and friend for 20 years, and many other friends and acquaintances. No services are scheduled at this time. Kerr Brothers - Harrodsburg Road is in charge of arrangements.

To plant trees in memory, please visit our Sympathy Store.
Published by Lexington Herald-Leader on Jun. 9, 2021.
MEMORIAL EVENTS
No memorial events are currently scheduled.
To offer your sympathy during this difficult time, you can now have memorial trees planted in a National Forest in memory of your loved one.
Funeral services provided by:
Kerr Brothers Funeral Home - Harrodsburg Road
MEMORIES & CONDOLENCES
Sponsored by Lexington Herald-Leader.
3 Entries
Thank you Mr P for hanging out with me as a young man. You showed me how to skin a rabbit and glean the fields after the harvest. Your welcoming sprit will live on. Rest In Peace.
Kevin
Friend
June 18, 2021
I am so sorry, Bev. John was my favorite Tai Chi student after he agreed that a round eye might know something about the Supreme Ultimate Fist. May God bless and keep John safe in His arms forevermore.
Tom Griswold
Teacher
June 13, 2021
Sending thoughts of love and strength to Bev and the family. Although I do not know you and had not seen John in many years, he was my Godfather and held a special place in my heart. My mom, Joan Passerello Clark, was his cousin. Their fathers were brothers. I have really enjoyed connecting is a small way on Facebook the last few years.
Kathy Forsythe
Family
June 9, 2021
Showing 1 - 3 of 3 results