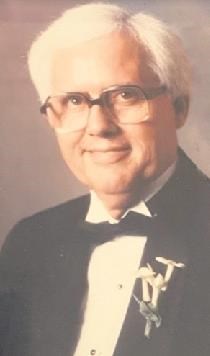 FUNERAL HOME
Malone Funeral Home
325 Malone Lane
Grayson, KY 41143
MITCHELL William C. Jr., Born May 20, 1933 at Grayson, KY, son of William C. Mitchell & Irene Martin Mitchell. He died May 25, 2020 at his home in Lexington, KY. Bill is survived by his wife, Kathryn Pennington Mitchell, three children: William Scott Mitchell (Lexington), Julie Mitchell Rainey (Lexington), Jane Mitchell Lowe (David Lowe) (Louisville), a granddaughter Madison Brooke Lowe (Louisville) the apple of his eye. He is preceded in death by his brother, David Scott Mitchell (Jannie Mitchell) (Surprise, AZ). Bill graduated from Prichard High School in Grayson, KY and later attended the University of Kentucky. Entering the Air Force in 1954, he served in Korea as a radar technician. He married Billie Kathryn Pennington July 20, 1955. Returning to Kentucky, he worked for the Kentucky State Highway Engineers followed by a stint with the Bechtel Construction Co. working on the Louisa Power Plant. He then worked for Kaiser Engineers at the ARMCO Basic Oxygen Plant and later at the Huntington (WV) and Burnaugh (KY) Nickel Co. Plants. In 1970, Bill went to work for Ross Brothers Construction Co. (Ashland) as a Vice President and also as head of the estimating department. While with Ross Brothers, he also served on the Apprentice Committees of the Iron Workers & Carpenters Locals, the Pipefitters Health & Welfare Board and as President of the Tri-State Contractors Association. Bill retired in 1998. Bill played basketball & baseball in his youth and was a loyal life-long fan of the Cincinnati Reds & Kentucky Wildcats. He was also an avid fan of horse racing, holding the same finish line seats in the Keeneland grandstand for over 47 years. Bill & Kathy moved to Lexington after his retirement in 1998 and have resided there until his passing. Family is requesting private services, but will live stream the funeral services Thursday, 1:00 p.m. Burial will be in Hillcrest Burial Park. There will be no visitation. To leave a condolence, memory or to view funeral services, please go to www.malonefuneralhome.com. In lieu of flowers, the family requests contributions to the American Parkinson's Disease Association or Bluegrass Care Navigators The family would like to thank: The Department of Veterans Affairs Geri-Pact Team, Bluegrass Care Navigators - Lexington, and Home Helpers Home Care for the care and comfort given to Bill.
To plant trees in memory, please visit our Sympathy Store.
Published by Lexington Herald-Leader on May 27, 2020.
MEMORIAL EVENTS
May
28
Funeral service
1:00p.m.
www.malonefuneralhome.com
Funeral services provided by:
Malone Funeral Home
MEMORIES & CONDOLENCES
Sponsored by Lexington Herald-Leader.
0 Entries
Be the first to post a memory or condolences.