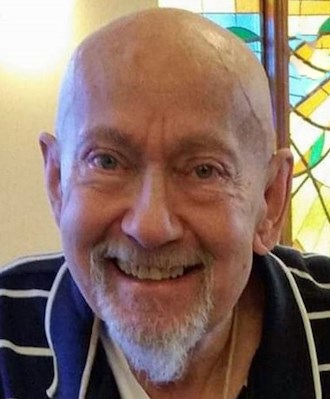 Chuck was born September 21, 1940 in Marshfield to Ivo and Rosaline (Pearl) Wagner. He was the oldest of 10 siblings and was an admired big brother.

Chuck married Ruth Greenwood on November 27, 1965, and they were married more than 55 years. He was a proud Union man, who worked as a pipefitter for Boilermakers Local 107.

Chuck was known for his joking personality and enjoyed razzing his neighbors, friends, and even the nurses who cared for him at the end. He will be sadly missed by the overweight neighborhood squirrels, bunnies, and birds who looked forward to their daily feasts of corn and peanuts.

According to Chuck's wishes, there will be no funeral services, and his family will spread his ashes on his land in Door County when the wind is blowing just the right way.

The SCHINDERLE FUNERAL HOME, Algoma, was entrusted with the arrangements for the family.

Express your sympathy, memories and pictures on Chuck's tribute page at www.schinderle.com


Published by Kewaunee County Star-News from May 27 to Jun. 5, 2021.
To plant trees in memory, please visit the Sympathy Store.
MEMORIAL EVENTS
To offer your sympathy during this difficult time, you can now have memorial trees planted in a National Forest in memory of your loved one.
Funeral services provided by:
Schinderle Funeral Home - Algoma
MAKE A DONATION
MEMORIES & CONDOLENCES
Sponsored by Schinderle Funeral Home - Algoma.
1 Entry
So sad to hear of “Chuckles” passing . Enjoyed the weekly visits at the Salon when he would bring Ruth in.. He had quite the sweet tooth and we’d fill his hands with treats from the goodie jar . He talked about his family often ❤. We are gonna miss him
Amy
May 27, 2021
Showing 1 - 1 of 1 results