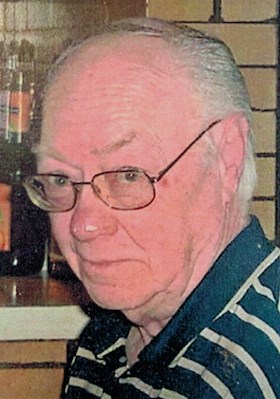 Kewaunee - Myron (Mike) Hoffman of Kewaunee found eternal rest on August 2, 2021 after celebrating 83 years of life. He was born on October 23, 1937 to the late Randolph and Irene (Schultz) Hoffman.

He graduated Kewaunee High School with the class of 1955 and entered the U.S. Army, where he proudly served his country before returning home and marrying his high school sweetheart, Karen (Weber) Hoffman in 1964. Together they moved to Milwaukee and began their life together. Mike became the superintendent at Lakeside Bridge and Steel where he worked for over 20 years before returning home to buy The Grove supperclub and tavern. Mike and Karen owned and operated their business together for 26 years before retiring.

Mike enjoyed the outdoors, spending time fishing on his boat with his son and grandson, hunting in the woods, and advocating for his animal friends, including his cat and companion, Zoe. He was the proudest husband, father, and grandpa around. Those who knew Mike knew he had a huge heart and a hearty laugh. He was a friend to many, loved by all he knew, and will be dearly missed for all of time.

A funeral service will be held at a later date. The burial will be in Holy Trinity Cemetery.

Go to www.buchananfh.com to send condolences or to sign the online guest book

Published by Kewaunee County Star-News from Aug. 8 to Aug. 21, 2021.
To plant trees in memory, please visit the Sympathy Store.
MEMORIAL EVENTS
To offer your sympathy during this difficult time, you can now have memorial trees planted in a National Forest in memory of your loved one.
Funeral services provided by:
Buchanan Funeral Home - Kewaunee
MAKE A DONATION
MEMORIES & CONDOLENCES
Sponsored by Buchanan Funeral Home - Kewaunee.
0 Entries
Be the first to post a memory or condolences.