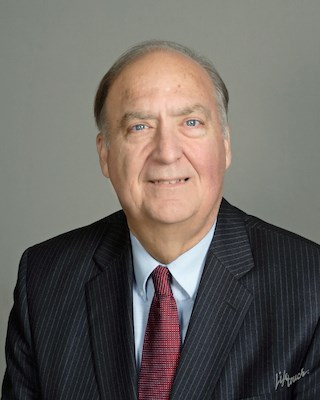 Wolske graduated from Kewaunee High School in 1965, and from the University of Wisconsin-Oshkosh in 1969 with majors in Education and History. He earned his law degree from the University of Arizona in 1972, returned to Kewaunee, entered private law practice with Attorney Glenn J. Slatky, and was later joined by Attorney - now Judge - Keith A. Mehn. In addition to his private law practice, he was elected District Attorney in 1972 at age 25, and served as the part-time District Attorney from 1973 to 1977. He was also honored in 1978 to become the part-time Kewaunee City Attorney and served in that position for over forty years until 2018. He was appointed to be the part-time Kewaunee County Family Court Commissioner in 1991 and continued to serve until his death.

In addition to his law practice, Wolske was appointed by former Governor Tommy Thompson to serve on the Wisconsin Equal Rights Council for three years from 1989 to 1991. While an Army ROTC cadet during law school, he qualified for pilot training and in 1974 became a licensed private pilot. Wolske was commissioned a Second Lieutenant in the U.S. Army Infantry in 1971, and continued to serve in the Army Reserve until 1994, when he retired as a Lieutenant Colonel.

William was also active in organizations in the community, including the Kewaunee Rotary Club, the Kewaunee Chamber of Commerce, American Legion Post 29 of Kewaunee, and Kewaunee Area Scholarships, Inc., of which he was a director from 2001 to 2007.

William loved spending time with his wife, Mary and their children; both at their family cabin in Florence County and on Washington Island, playing with their German Shepherd dogs, and their special trip to Germany with Tom and Jan Zenner. He also enjoyed biking in Kewaunee County and on Washington Island, along with the fishing/camping weekends with close friends, where on one trip he was known to have chased a black bear away from their campsite.

A public visitation will be at Holy Rosary Church, 521 Juneau St. Kewaunee on Friday, April 16, 2021 from 1:00 p.m. until the time of service. A funeral service will be held at 3:00 p.m. with full military honors to follow. The service will be live streamed on www.holyrosarykewaunee.com. Go to "Parish" and click on "Watch this weeks Mass". Expressions of sympathy may be shared at www.buchananfh.com or cards may be sent to Buchanan Funeral Home to the attention of the Wolske family and they will be forwarded.

In lieu of flowers, memorials may be made to Kewaunee Public Library, Holy Rosary School or Kewaunee Police Department K9 Fund.

The family would like to give a special thank you to Dr. Tom Zenner, his dedicated legal assistants for their years of loyal service, the Kewaunee Rescue Squad, and the doctors and nursing staff at Bellin Memorial Hospital for the extraordinary care they provided.

Published by Kewaunee County Star-News from Apr. 2 to Apr. 10, 2021.
To plant trees in memory, please visit the Sympathy Store.
MEMORIAL EVENTS
To offer your sympathy during this difficult time, you can now have memorial trees planted in a National Forest in memory of your loved one.
Funeral services provided by:
Buchanan Funeral Home - Kewaunee
MAKE A DONATION
MEMORIES & CONDOLENCES
Sponsored by Buchanan Funeral Home - Kewaunee.
4 Entries
I met Colonel Wolske when I was a young 2LT and a young attorney. He was an excellent role model as an Army Officer and as an attorney. He was always very professional and courteous when I appeared before him in his position as family court commissioner. Bill was very kind to me and always welcomed me with a big smile and a handshake. Please accept my sympathies Mary to you and your children and grandchildren. The legal community has lost a leader along with the community of Kewaunee. Rest in peace Bill and thank you for your service to our country.
James O'Neil
Friend
April 16, 2021
Mary and family- so sorry for your loss. We send our sympathies to you and your family
Lee and Sandy Schmiling
Classmate
April 14, 2021
Bill and I met when he was in college at Oshkosh. He was tending bar at the Pioneer. I worked there as a cook. He lived in an apartment two doors down from the woman I later married.
After we both got our law degrees we reconnected at bar meetings from time to time. Bill was my go to guy for Kewaunee County issues when I was the Chapter 13 Bankruptcy Trustee. Bill was one of the contacts that I missed after retirement. My condolences to the family.
Tom King
Friend
April 11, 2021
The world has lost a great attorney and a good man. We are so grateful for all the support Bill provided to us in purchasing our island cabin and completing our wills. We also so appreciate the assistance he provided to Karen during her time in Kewaunee. We enjoyed seeing him during many of his annual trips to Washington Island. He will be missed!
John and Karen Yancey
Friend
April 4, 2021
Showing 1 - 4 of 4 results