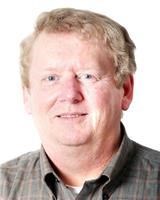 Eddie enjoyed many hobbies including sailing, painting landscapes throughout North Carolina and writing plays and short stories. He played several string instruments and was an avid reader. When visiting family, he would bring several instruments and encourage family jam sessions.

Memorial service will be held at a later date. Eddie will be buried beside his mother and father at Pinelawn Memorial Park in Kinston.
Published by Free Press on Feb. 21, 2021.
To plant trees in memory, please visit the Sympathy Store.
MEMORIAL EVENTS
To offer your sympathy during this difficult time, you can now have memorial trees planted in a National Forest in memory of your loved one.
MAKE A DONATION
MEMORIES & CONDOLENCES
0 Entries
Be the first to post a memory or condolences.