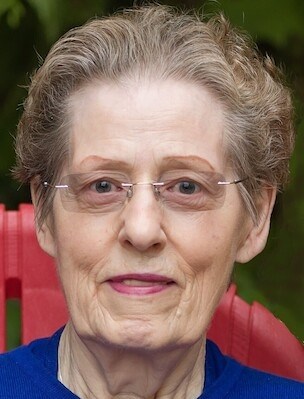 Judy was born to George Edward "Ted" and Julia Kendrick Schuck Anderson on June 1, 1935 in Potsdam, NY. After spending her childhood in Potsdam, she married Daniel Armand Papineau in 1955 at St. Mary's Catholic Church in Canton, NY.

After Dan received his Naval Officer Commission, Dan and Judy moved west to Keyport, WA and later moved to Bremerton where they made a home for the next 60 years.

The funeral will be held at Our Lady Star of the Sea on Monday, September 28, 2020. In lieu of flowers, Judy had 2 charities: Star of the Sea Endowment Fund and Society of St. Vincent de Paul.


To plant trees in memory, please visit our Sympathy Store.
Published by Kitsap Sun from Sep. 25 to Sep. 27, 2020.
MEMORIAL EVENTS
Sep
28
Funeral
MEMORIES & CONDOLENCES
4 Entries
I was blessed to be able to spend the final two years of her life as her caregiver and daughter! Many beautiful moments and memories! Love you Mom!
Kim
Daughter
October 27, 2020
Dearest Papineau Family,
Sending my condolences and promise of prayers for all
of you...as you mourn.
Also prayers for the repose of the soul of the very loving and
"faith-full" Judy Papineau.
I will never forget willingness to share her thoughts on faith,
her UNFORGETTABLE twinkling eyes and HER SMILE!
Love, Peace and God's Blessings be with all of you.
Felix Fabellano
Felix Fabellano
Friend
September 27, 2020
I was lucky to meet Judy, through her sister Kit, as they both came to Kit’s and my small girl’s school reunion weekend . She fit right in with the rest of us, and had a grand time. Judy, was a fun part of our time together and so glad we got to meet. My condolences to all the family for your loss.
Jean Truax
Friend
September 26, 2020
Heaven has gained a true saint. She was a great mother and and even greater person. She loved her family very much and was a friend to everyone. She is now at peace.
Greg Papineau
Son
September 26, 2020