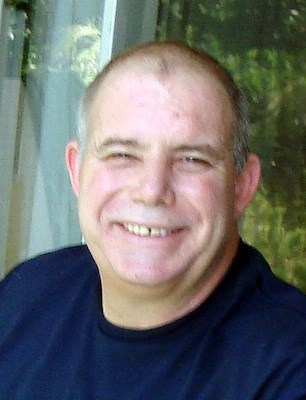 Kelly, 62, passed away peacefully in his sleep on April 20 at home in Seabeck where he lived for the last 30 years. He was well respected in the community and loved by his many friends, with whom he often socialized at the Camp Union Saloon, his unofficial headquarters.

There will be a Celebration Of Life for Kelly, to be held at the Crosby Community Center in Seabeck, on Thursday, Sept 10 at 5PM.

Kelly was born on January 20, 1958, on his mother's birthday. He grew up in a beach community of Southern California. He was an avid surfer and sailor. He graduated from Wilson High School in Long Beach and went on to earn a degree in Construction Management from Utah Technical College in Provo.

Having completed his education he then founded his lifelong business PACIFIC COAST TILE in Southern California. He later relocated to Washington where he was very successful, having completed, literally thousands of projects for Federal, State and Commercial organizations. Kelly was an accomplished craftsman and very good at his chosen trade. He was rightfully proud of his success in business of nearly four decades.

Kelly is survived by four older siblings: Jeff, Michael, Tom and Pamela. Kelly was married twice and had no children. Kelly was a life-long dog lover, having raised eight labordors from puppy to adult hood. Three of his dogs still reside in Seabeck. Woof, Woof!

Kelly often said that he would live in his home in Seabeck for the rest of his life. And so he did. Following his passing his remains were cremated as is the family tradition. His ashes will eventually be spread upon the waters of the Hood Canal in a private ceremony sometime before the end of the year.

Rest In Peace, My Brother.


Published by Kitsap Sun from Sep. 3 to Sep. 6, 2020.
To plant trees in memory, please visit the Sympathy Store.
MEMORIAL EVENTS
Sep
10
Celebration of Life
5:00p.m.
Crosby Community Center
Seabeck, WA
MAKE A DONATION
MEMORIES & CONDOLENCES
3 Entries
Kelly will be missed . Such a great guy, just loved that man . His love for animals showed who he really was . His dogs were everything to him . Miss you everyday my friend . So very sad you left us at such a young age . Your on my mind , and never forgotten . You are truly missed .
Sheri Arveson
Friend
January 20, 2021
I had a Mind Eraser in your honor at the Yacht Club Broiler in your honor today ... You won .... Love you Bro ....
Jim Minard
Friend
September 8, 2020
OMG, we just found out...! We love Kelly. Had many great times with him over the years. Took our pup over to his house for play dates with his dogs, BBQs... We will miss him so much! Kelly was a great guy. Our sympathy to his family.
Dan & Dena
Friend
September 7, 2020
Showing 1 - 3 of 3 results