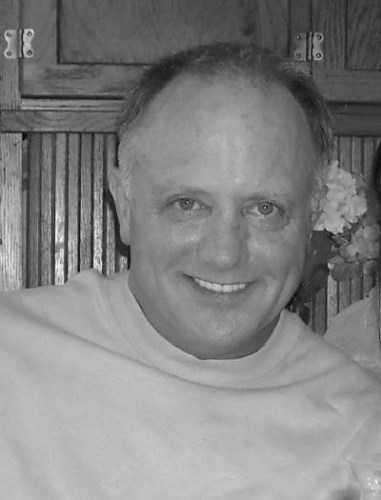 It is with great sadness that the family of Peter David Bernier announces his passing on March 9, 2018, at the age of 67. Pete was born in Portland, Maine on September 21, 1950. He moved as a young child to Bremerton, WA and graduated from West High School in 1968 where he lettered for 4 years in wrestling. He attended the University of Puget Sound and graduated from the University of Washington with a Bachelor of Science in Microbiology in 1975. He graduated from the College of Osteopathic Medicine of the Pacific in Pomona, California in 1983. He began as a family physician in Union, Oregon and then moved to Gresham, Oregon where he practiced for over 25 years. He was greatly loved by his patients who always called him "Dr. Pete". Pete had a love of tennis, racquetball, classic cars, Harley motorcycles, fishing and pets of all kinds. He was a fun and loving dad to his children Jackie Teach, Michelle Taylor, and Ryan Bernier. He adored his grandchildren Mackenzie, Olivia, Lucas, Wesley, and Tyler, who will miss their beloved Papa. He is also survived by his sisters Martha Johnson and Susan Henshaw. He was married to his high school sweetheart Gerri Hendry Bernier for 44 years and although they divorced 2 years ago they remained great friends. He was predeceased by his son Benjamin as well as his mother, Erleen and father, Fred. Service at Miller-Woodlawn. Please bring your favorite stories. In lieu of flowers the family asks for donations to National Alliance on Mental Illness (NAMI) namimultnomah.org or the charity of your choice. You are invited to share a memory at miller-woodlawn.com. His family wishes to extend their heartfelt gratitude to all of the family and friends who have supported us with such love and kindness. We believe that Pete had a joyous reunion with his precious son in heaven.
Published by Kitsap Sun on Mar. 18, 2018.
To plant trees in memory, please visit the Sympathy Store.
MEMORIAL EVENTS
Mar
24
Celebration of Life
1:00p.m.
WA
Funeral services provided by:
Miller-Woodlawn Funeral Home
MAKE A DONATION
Please consider a donation as requested by the family.
MEMORIES & CONDOLENCES
Sponsored by Miller-Woodlawn Funeral Home.
4 Entries
A bright student and ultimately a friend.
Tragic loss.
ALAN MENKES
April 12, 2018
My condolences and prayers go out to Pete's family and friends. It was always great seeing him at West High and watching him wrestle. He always seem to have an infectious smile on his face and will truly be missed!

Brian Stansberry,
Vancouver Wa.
March 20, 2018
I first met Pete in 7th grade. He was a great guy to be around. He was so full of life. Our friendship grew in high school. I have so many memories that I will hold close. Seeing him at reunions and having him travel To town to visit at our high school buddies get together was a blast. I will miss him.My condolences to the family.
Doug Johnson
Doug Johnson
March 19, 2018
I knew Pete more than 50 years ago when he wrestled for the West Bremerton High School wrestling team. As a freshman he won his first varsity match against a Wilson opponent. I was supposed to wrestle for the 103 weight class, but had laryngitis at the time and opted out. He was a great guy and my thoughts go to his family and friends.
Jim Hackett
Friend
March 15, 2018
Showing 1 - 4 of 4 results