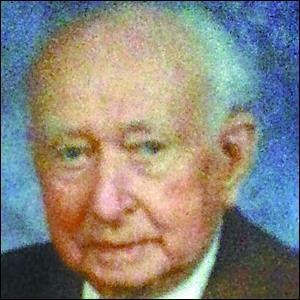 He was preceded in death by his parents, Clarence E. Steele, Sr., and Martha Lydia Ausbon Steele; brother, C.H. (Jake) Steele; and granddaughter, Grace Katherine Montgomery. He is survived by his devoted wife of 67 years, Helen Hansard Steele; daughters, Teresa (Terri) Steele, Angela Montgomery (husband Tim); grandchildren, Sara Lewis and husband Danny, of Fort Rucker, AL, Jason Crigger and wife Amanda of Fort Campbell, KY, and Martha Anderson and husband Derek, of Knoxville; great-grandchildren, Kinleigh Lewis, Taytum Lewis, Jacob Anderson, Skye Crigger, and Serenity Crigger; and many loving cousins, nephews, extended family members and dear friends. The family would like to thank the many people who have stood beside them and lifted them up in prayer during this difficult time.

Published by Knoxville News Sentinel from Sep. 18 to Sep. 19, 2016.
To plant trees in memory, please visit the Sympathy Store.
MEMORIAL EVENTS
To offer your sympathy during this difficult time, you can now have memorial trees planted in a National Forest in memory of your loved one.
Funeral services provided by:
Mynatt Funeral Home Inc Fountain City Chapel
MAKE A DONATION
MEMORIES & CONDOLENCES
3 Entries
Dear Helen,
I'm so sorry to hear of Clarence's passing away. i'm also sorry that i couldn't be at the funeral but right now i'm having some health issues. Please know that my entire family is praying for you and your family. From the family of Ruby HANSARD LAW.
Vivian L. England
September 19, 2016
To the Steele Family,
Please know that you are in our thoughts and prayers.
Janet Farmer Vaughn
September 19, 2016
Keeping your family in my prayers.
Teresa Gentry Smith
September 19, 2016
Showing 1 - 3 of 3 results