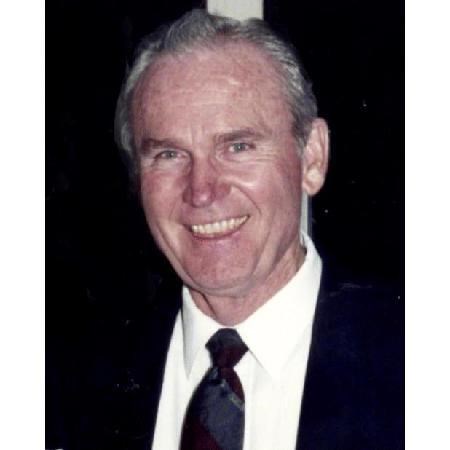 Jack Clayton Hawthorne passed away on April 22, 2019 at the age of 92. Jack was known for his heartfelt sincerity, eagerly encouraging many to serve Christ with joy and purpose. He and his wife of 57 years, Fairy Louise, served for more than five decades in pastoral ministry, global missions, and prison ministry. In 2000 they moved to Knoxville and became enthusiastic participants of Cedar Springs Presbyterian Church.

After serving in the US Navy near the end of World War II, Jack gave his life to Christ. He enrolled in Northwest Nazarene College in Nampa, Idaho where he met and married Fairy Louise Emerson. Supported by Fairy's administrative and musical skills and joyful spirit, Jack pastored eight different Nazarene churches in five western states. God blessed their efforts in each church to see more people follow Christ. Jack was a builder. In each setting, facilities were enlarged or enhanced. While pastoring, Jack and Fairy accepted invitations to train lay people in other lands in effective personal evangelism. They eventually took on a full-time role with the Evangelism Explosion movement, accomplishing a goal of seeing sustained evangelism movements in every country of the Caribbean. Over the years they trained thousands of people in more than 50 countries in Africa, Asia, Latin America and the Caribbean.

The Hawthornes wish to express their gratitude for the patient, loving and competent care offered to Jack in his last years by the owners and staff of L & L Sweet Homes in Farragut.

The family will receive friends on Monday, April 29, at 5:00 pm at Cedar Springs Presbyterian Church chapel (on the northwest corner of the campus). A Celebration of Life Service will follow at 6:00 pm. In lieu of flowers, the family requests that donations be made to Cedar Springs Presbyterian Church (9132 Kingston Pike, Knoxville, TN 37923) in honor of Jack Hawthorne for prison ministry.