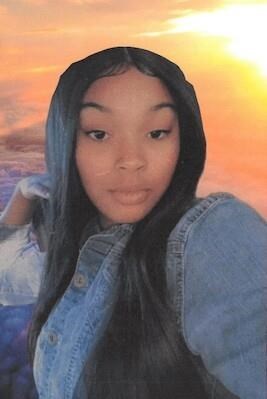 Janaria Vernita Muhammad, known as NaNa, went home to be with the Most High on Tuesday, February 16, 2021.

She was born on Thursday, November 17, 2005 to loving parents, Lawrence Alphues Muhammad and Jacqueline Elaine Tuggle-Muhammad in Knoxville, Tennessee. Janaria attended Goodes Temple A.M.E. Zion Church where she was baptized as a young child.

She attended Vine Middle School and was currently a freshman at Austin East High School. A vibrant teenager, she played basketball while at Vine Middle, she played volleyball during the summer for the Emerald Youth Foundation and performed with the Tennessee Royal Gems and Pearls Dance Team. She was very active in her community and had a life full of promise!

Wednesday, February 24, 2021, a Celebration of Life service will take place at The Change Center, 203 Harriet Tubman Street, Knoxville, TN. Social distancing and face coverings are required. Followed by a white dove release which will conclude the service. During this time, we will remain in compliance with the Governor's Executive Order No. 17 (COVID-19). All expressions of love may be delivered to Patton Administrative Office, 2104 Magnolia Avenue, Knoxville, TN 37917. Service will be live-streamed at Facebook.com/ Pug Fuller Video. Professional arrangements entrusted to Patton Funeral Home, Brian L. Buckmon, LFD, 1-800-824-8283 or www.pattonfuneralhome1962.com.


Published by Knoxville News Sentinel from Feb. 22 to Feb. 23, 2021.
To plant trees in memory, please visit the Sympathy Store.
MEMORIAL EVENTS
Feb
24
Celebration of Life
The Change Center
203 Harriet Tubman Street, Knoxville, TN
Funeral services provided by:
Patton Funeral Home
MAKE A DONATION
MEMORIES & CONDOLENCES
Sponsored by Patton Funeral Home.
12 Entries
With sincere sympathy to the family of Janaria. With continued prayer.
Carrie Gordon
Friend
February 25, 2021
Grief can be so hard, but our special memories help us cope. Remembering you and your loved one today and always.
Ebony and kevin Agnew
Friend
February 25, 2021
Praying for the family
Kimberly Wright
February 24, 2021
I want the family to know that Janaria was a blessing to all who knew her .She always carried that smile and such a sweetheart that lit up the room .She will truly be missed by her friend Destiny who they played basketball together as teammates . She had so much ahead of her in life .My heart goes out to the family and our loved for each and every one who knew Janaria .I prayed for the family for comfort in their hearts at a time like this
Claudia Marie Ellis
Acquaintance
February 24, 2021 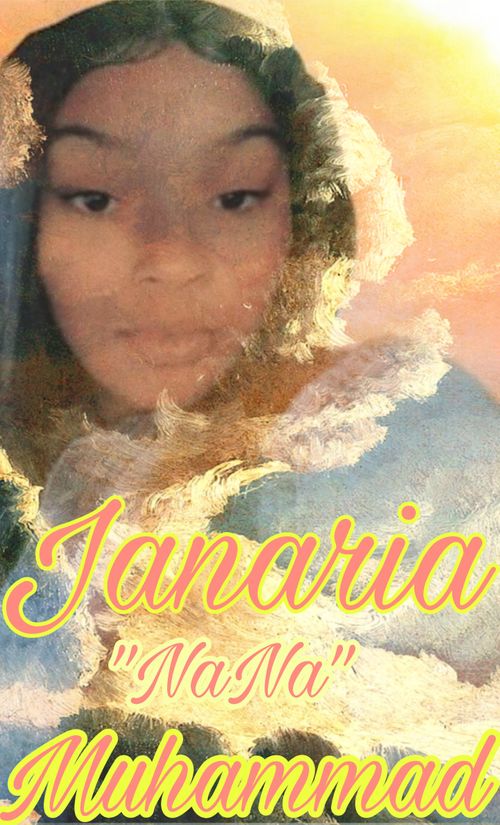 May God wrap His loving arms around each one of you during this transition. The loss of a child is a sting to the heart. My condolences and prayers. Sleep Easy Princess "Nana"
Cheryl Alsup
Acquaintance
February 24, 2021
I love you and I miss you and I’m sorry this happened Rest In Heaven
Ver’Niyah Hodge
Friend
February 23, 2021
You are a beautiful young lady. God got you now. Rest with the Lord.
Patricia and Dennis Hardison
Friend
February 23, 2021
Praying for you and your friend
February 23, 2021
Lil Larry, Jackie and Family, our hearts, thoughts and prayers are with you all at this time. May GOD wrap his loving and comforting arms around you all and bring you peace and understanding. May your memories bring you love and happiness. Hugs and Love.
Frank & Sharon Brown, Shamie, Ashley, Tiny, JJ and The Booker Family
February 23, 2021
May your hearts soon be filled with wonderful memories of joyful times together as you celebrate a life well lived during the precious she was with family and friends.
February 23, 2021
As the days and weeks pass, and as you return to life's routine, may you continue to feel comforted by the love and support of family and friends.
February 23, 2021
JANARIA was such a sweet young teenager who always carried a smile .She will be missed by all who knew her .Her dance teammates and basketball teammates will for ever remember the fun they had with her.My heart goes out to the parents and family of Janaria .
Destiny Ellis
Friend
February 21, 2021
Showing 1 - 12 of 12 results