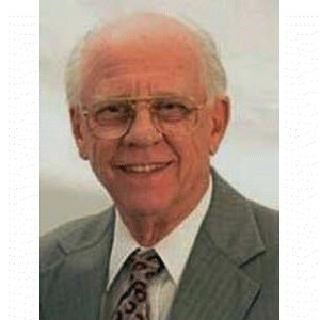 John Richard (Dick) Engel of Oak Ridge, TN passed away on June 12, 2017 at the age of 85. He was born on July 7, 1931 in Toledo, Ohio, to German-immigrant parents. He was a 1953 Summa cum Laude graduate of the University of Toledo with a B.S. in Chemical Engineering. He moved to Oak Ridge where he completed the one-year graduate training program in the Oak Ridge School of Reactor Technology at ORNL. More important, he met and married Lorraine White Engel who preceded him in death by only three and a half months. His professional career was spent at ORNL where he participated in the design, safety analysis, operation, and analysis of the operation of advanced nuclear reactor concepts and experiments, including the second aqueous Homogeneous Reactor Experiment and the Molten-Salt Reactor Experiment. He spent a year at the Hahn-Meitner Institute for Nuclear Research in Berlin, homogeneous research reactor. As a member of ORNL's Reactor Operations Review Committee for several years, he participated in the annual safety review of all of the Laboratory's operating nuclear reactors. Prior to his retirement, he served several years as the technical assistant to the Deputy Director of ORNL. After his retirement in 1991, he did some part-time consulting at ORNL and travelled domestically and internationally to discuss advanced reactors. He also appears in the recently released award winning documentary, "Thorium, the Far Side of Nuclear Power". He was a member of the American Nuclear Society and the American Association for the Advancement of Science. A self-described "putterer," he enjoyed carrying out small projects at home and for other relatives. He also enjoyed domestic and international recreational travel and duplicate bridge. He was an active participant and past President of ORICL. He was an active member of First United Methodist Church in Oak Ridge where he served as an usher and in other capacities. He participated in the Christmas food and toy distribution by the Holiday Bureau of Oak Ridge. He was predeceased by his parents Karl and Elizabeth Walther Engel, his sister, Carolyn E. Weller, and his wife of 57 years, Lorraine White Engel originally of Dowelltown, Tennessee. He is survived by his children and their spouses Richard C. and Rhonda Engel of Nashville and Teresa E. and Scott Moore of Apalachin, New York. He is also survived by grandchildren John Engel, Melbourne, Australia, Laura Engel, Chicago, IL, Michael Haywood, Columbia, TN, and Preston and William Moore, Apalachin, NY. In addition he is survived by his brother-in-law, Carroll E. Weller of Mason OH, and numerous nieces, nephews, and their spouses and children. The family will receive friends on Saturday, June 17, 2017 from 11:00 a.m.-1:00 p.m. at First United Methodist Church. The funeral will begin at 1:00 p.m. Interment will follow at Oak Ridge Memorial Park. Memorials, in lieu of flowers, may be made to ADFAC (Aide to Distressed Families of Appalachian Counties) PO Box 5953, Oak Ridge, TN 37831, the Holiday Bureau, PO Box 7120, Oak Ridge, TN 37830, First United Methodist Church, 1350 Oak Ridge Turnpike, Oak Ridge, TN 37830 or a charity of the donor's choice. An online guest book can be signed at weatherfordmortuary.com.
Published by Knoxville News Sentinel on Jun. 14, 2017.
To plant trees in memory, please visit our Sympathy Store.
MEMORIAL EVENTS
Jun
17
Visitation
11:00a.m. - 1:00p.m.
First United Methodist Church
TN
Jun
17
Funeral
1:00p.m.
First United Methodist Church
TN
Jun
17
Interment
Oak Ridge Memorial Park
TN
Funeral services provided by:
Weatherford Mortuary
MAKE A DONATION
Please consider a donation as requested by the family.
MEMORIES & CONDOLENCES
Sponsored by Weatherford Mortuary.
4 Entries
Kind regards to Dick Engel's family. I learned of your father through his works at ORNL and his works on the Molten Salt Reactor. I will remember him always.
Caleb Milligan
July 23, 2017 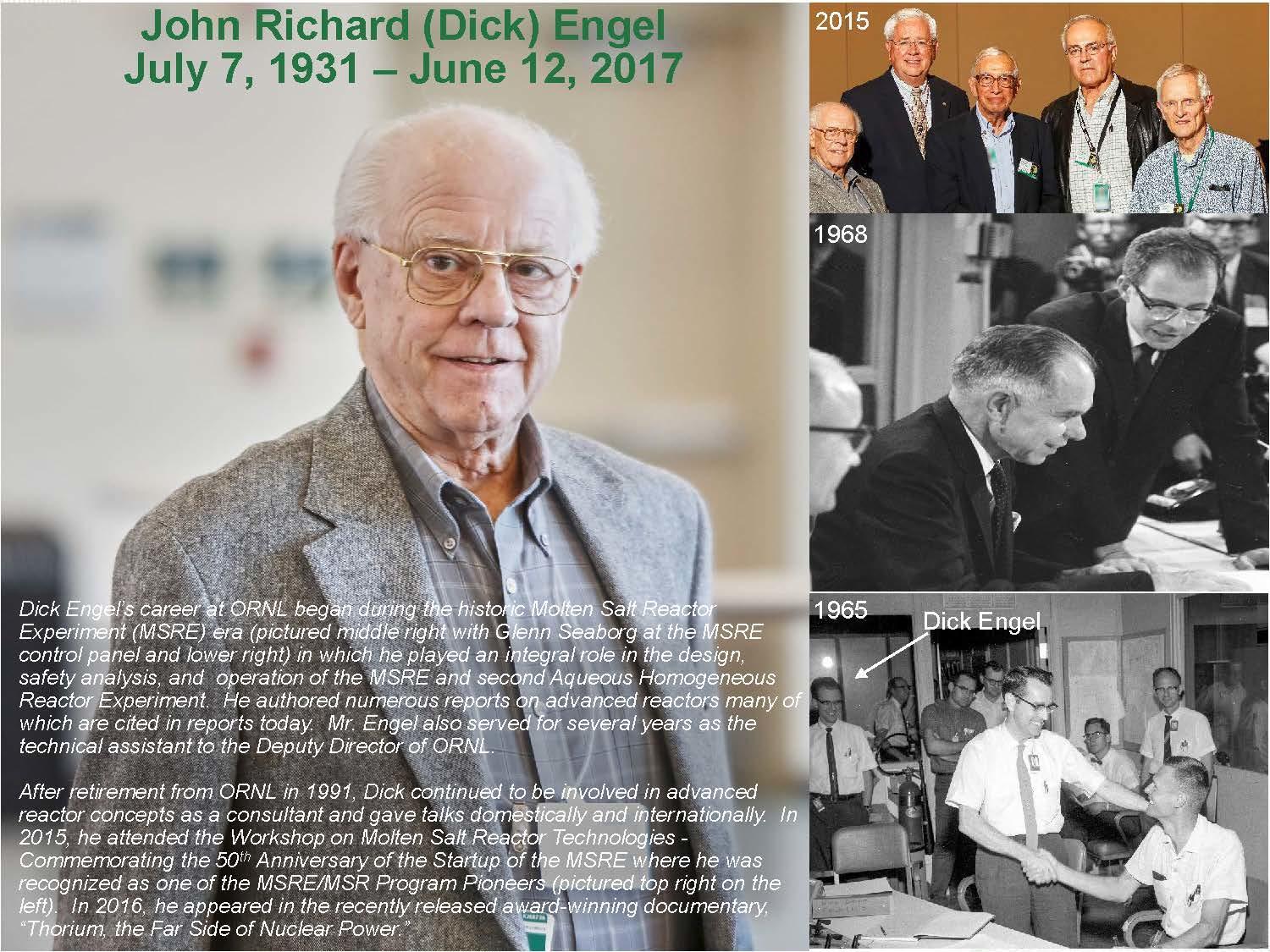 Anita Benn
June 16, 2017
Hi Terri and Richard,
I loved your Dad! I know you will miss, but how lovely that your parents are together. I was walking on Monday morning with my husband Chris, and I told him your Mom was very with me, and I kept feeling her presence which made me think of your Dad and of both of you. I am currently working at a non-medical hospice in the DC area. You had such lovely and kind parents. Kyle Spence has kept me updated.
Lots of love,
Marie Parella Daly
Marie Parella Daly
June 15, 2017
Mr. Engel was a very kind and sweet person. He was one of the nicest of all our clients with whom I had the privilege to work.

I will miss seeing him.