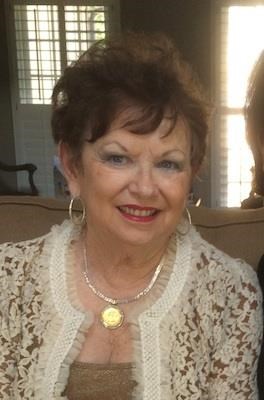 Sevierville - Judy Pat DeLozier Overbay, age 77, entered the presence of her Lord and Savior on Saturday, October 24, 2020, after a courageous battle with a long-term illness. She passed peacefully surrounded by her family at her home of 46 years.

She was born on February 19, 1943, to the late Fletcher and Mildred McTeer DeLozier, spending most all of her life in Sevierville, a city she deeply loved and served well. After graduating from Sevier County High School in 1961, she attended the University of Tennessee, but eventually found her way to East Tennessee State University where she met and fell in love with the love of her life, Lyle Allen Overbay of Kingsport. Upon earning a degree in Home Economics, she returned home to Sevierville. On August 17, 1968, she and Lyle married at First Presbyterian Church, Sevierville. They made their home in Judy Pat's beloved Sevierville where she taught 1st grade at Kodak School for 5 years before becoming a mother in 1972.

She was an extraordinary wife, mother, grandmother, daughter, sister-in-law, aunt, cousin, and friend. She greatly valued family and keeping family connected. She held her community in high regard and continuously aimed to make it a better place. She was devoted to students at Sevier County High through the Sevierville Teen Board, serving as an advisor for 50 years. She was dedicated to leading the next generation to be invested in their community while exemplifying the importance of commitment to community service and love of family. She also served as a board member for the SCHS Foundation. She was truly a servant of her community.

She not only loved her city, she also loved her church. She was a member of First Baptist Church, Sevierville, where she served beautifully with her gift of hospitality. Along with many ladies, she valued celebrating marriage and growing families by hosting countless wedding and baby showers. She loved to bless new brides and new mothers. It was her ministry.

She is preceded in death by her parents as well as her parent in-laws Verlin and Marjorie Overbay of Kingsport and her brother-in-law, Don Overbay of Waynesville, North Carolina.

She is survived by her faithful and very devoted husband of 52 years, Lyle Overbay and their 2 children, Drew (Heather) Overbay of Sevierville and Tia (Jonathan) Babcock of Knoxville; Five grandchildren, Jensen and Corbin Overbay of Sevierville and Kate, Claire, and Davis Babcock of Knoxville; In-Laws Stacey Overbay of Waynesville, North Carolina, David Overbay and his wife Annette of Kingsport; Nieces and Nephews, Lt. Col. Andy (Shelley) Overbay (Ret), Allison (Mike) Mullins, Jon (Catherine) Overbay, Heather (Adam) Wright, and Jesse (Kristin) Overbay. Also survived by many DeLozier cousins whom she loved like brothers and sisters and Overbay great-nieces and nephews.

We would like to extend a special thank you to Teresa Whitted who cared so deeply and sacrificially for Judy Pat this past year. She became like family with her genuine love and support for both Judy Pat and Lyle. God provided an angel in Teresa.