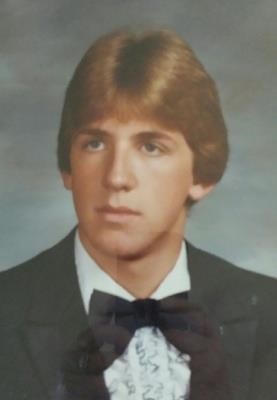 Kevin was born during a blizzard on February 25, 1965, in Ft. Wayne, IN, a sign of his force of nature personality he would carry with him throughout his life. He attended St. Vincent DePaul Catholic School, and when he was not in the classroom, Kevin could be found playing hockey or swimming with his friends and brothers, camping with his fellow scouts from Troop 2, and having fun.

In 1980, the family moved to Knoxville, TN, where he continued his scouting activities and enrolled at Farragut High School. He earned his Eagle Scout Award on July 5, 1981, becoming one of four siblings to do so. In 1983, Kevin was awarded his high school diploma, and after taking some classes at the University of Tennessee Knoxville, decided that college was not for him. With a talent for working with his hands, he began to work for McCormick Construction building homes, and was instrumental in the construction of Greywood Crossings.

In 1986, Kevin suffered a motorcycle accident that left him a quadriplegic. With continued support and unending care from his family throughout the years, Kevin enjoyed many adventures including driving his motorized wheelchair; serving as a groomsman in his brother's wedding in Orlando (during which he rode every handicap ride at Disney World!); going to movies, festivals, and church; attending a UT football game; lounging in the pool while visiting family in Cincinnati; and riding in a golf cart in Terre Haute for family occasions. In March 2004, he became a 4th degree member of the Knights of Columbus. Kevin also received a Certificate of Special Congressional Recognition on February 21, 2007, from former Senator John J. Duncan, Jr., for "inspiring others in spite of great personal challenges." Kevin was the biggest Journey fan, and even saw them in concert when they performed in Knoxville in 1998. He loved to play his drums to their music - loudly! Through everything, he had the best sense of humor and would always bring a smile and a laugh to those around him!

Throughout the years, Kevin was incredibly grateful for the many adventures he had and the joy he experienced thanks to the love and excellent care from his family at NHC Ft. Sanders. During his time spent as "The Godfather of NHC", he loved his time laughing and joking with everyone - especially Janice, who'd been with him for over 34 years; April, who knew "all things Kevin"; Joy, and her sense of humor; Jenni, who mastered the lift to put him in his chair and in his place; Mike, who took care of all his wounds; and Caroline, who gave the best spa days! If anyone needed to speak about an issue they were having, they'd go to Kevin and tell him for they knew he'd keep it a secret. The family can't possibly thank them enough for absolutely everything they've done throughout the years to make sure Kevin was well-cared for and loved.

The family would like to thank his physicians, Dr. George Schuchmann, Dr. Jerry Lubert, and Dr. Mark Evans, for going the extra mile in meeting Kevin's needs. We would also like to thank the staff in Interventional Radiology at Ft. Sanders Regional Medical Center who came to know Kevin in recent years. We knew he was in caring hands.

The family would also like to thank Linda and Ron Oglesby for all their love and support, Audrey and Fred Barrowclough, Clarabelle Remeta, Liz and her late husband, John Mahoney, and everyone at St. John Neumann for the prayers they offered all these years for Kevin. He was truly blessed. Special thanks to Sharon McCrary who kept Kevin looking good by coming to our home and then the nursing home to cut his hair. He loved the baby powder treatment!

The family will receive friends on Friday, July 30 from 5:00 - 7:00 pm at Click Funeral Home Farragut Chapel. A funeral Mass will be held at 10:00 am on Saturday, July 31 at St. John Neumann Catholic Church with Reverend Monsignor G. Patrick Garrity and Deacon Mark Syler officiating. Interment will be at Berry Highland West immediately following.

The family requests all visitors (vaccinated and unvaccinated) to wear masks and social distance at both venues as a precaution due to recent increases of Covid-19 cases.

The family requests that in lieu of flowers, sing along to Kevin's favorite Journey song, "Don't Stop Believin", and remember Kevin and his smile. In death, he will now experience a profound sense of freedom and eternal adventure.

Online condolences may be sent to www.clickfh.com 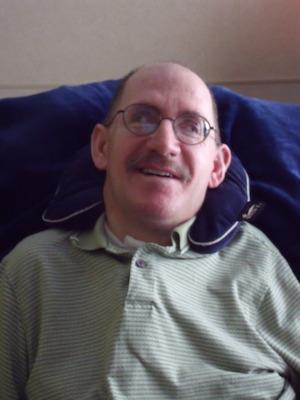