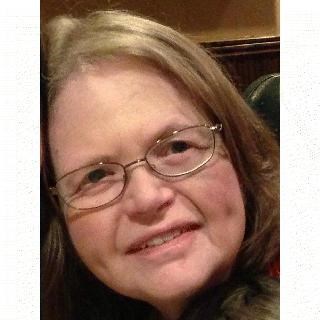 Mary L. (Heim) Case, age 67, born June 19, 1950, passed away on Monday, February 5, 2018, at her home in Knoxville after a lengthy illness. She was the loving wife of Dr. Jeffrey Case, and devoted mother of three: Elizabeth Ellen Gibson (Tom), Nancy Christine Case, and Natalie Maureen Rice (Tim). Mary was the adored "Grammy" of Kylie Marie Case, Carson Dean Rice, and Evelynn Mae Rice. She was preceded in death by her infant daughter, Nancy, her parents, Alfred & Elizabeth Heim, and her sisters Judy Georges and Nancy Knowles. Mary had a brilliant mind and was an excellent scholar. Mary graduated from North Posey High School, Poseyville, Indiana, in 1968. She was class Valedictorian and served as the Indiana State President of Future Homemakers of America. She received her Associate In Applied Science with Highest Distinction (Nursing) and became a Registered Nurse in 1970 and Bachelor of Science Degree with Highest Distinction in Nursing in 1972, both from Purdue University. While attending Purdue, she was active in the Christian Campus House, through which she later met Jeff. They married in 1976. Early in her career, she served in various nursing roles, including intensive care, cardiac care, public health, school nurse, pediatrician's office nurse, and home health nurse. She taught nursing and served as continuing education coordinator in the Nursing Department at Purdue University Calumet. Mary moved with Jeff and the girls from Indiana to Tennessee in late 1985, which allowed her to be near her beloved sister, Nancy Knowles. They were very close. Mary was the owner and CEO of SNMP Research International, Inc., a software firm, that, while working side-by-side with Jeff and his company, SNMP Research, Inc., created, licensed, and supported software for managing the Internet based on the Simple Network Management Protocol and related standards. Her list of customers reads like a "Who's Who" of the computer and communications industries. She was known locally and abroad as "MrsSNMP," the moniker on her license plate. To some extent, she acted as a surrogate mother to dozens of software developers where seemingly half were named David. She had a deep and abiding faith in Jesus. Mary has been a member of the Seymour Heights Christian Church since 1986. Mary and Jeff led the nursery classes at churches in Illinois and Tennessee for over 25 years, until chronic illnesses rendered her unable to continue teaching. In recent years, Mary and Jeff attended Woodlawn Christian Church whenever her health allowed. Mary's passion for Christ and for families was demonstrated in her work at Hope Resource Center. Beginning as a volunteer, stuffing envelopes and answering phones, she soon became a counselor helping young women in crisis. Her leadership skills and business acumen led to a position on the Board, eventually serving as Board Chair. Mary was a wife, partner, mother, friend, sister, Grammy, nurse, counselor, homemaker, and devoted follower of Christ. Mary was a skilled and gracious hostess for numerous family and church gatherings. She gave generously of her time, her talents, and her resources. In lieu of flowers, Mary would prefer that memorial contributions be made to provide clean water in Jesus' name in vulnerable communities such as in Africa via the TivaWater Project, www.tivawater.com/give.html, or to support Christian education via a memorial fund in her name at Johnson University www.JohnsonU.edu/mcasememorial. The family will receive friends on Friday, February 9, from 4 pm to 7:45 pm at Seymour Heights Christian Church, 122 Boyds Creek Hwy, Seymour TN, 37865. A Celebration of Life will follow at 8 pm. A private interment service will be held at a later date. Arrangements by Atchley Funeral Home, Seymour, 122 Peacock Ct., Seymour, TN 37865 (865) 577-2807. Online condolences may be made at (www.atchleyfuneralhome.com)
Published by Knoxville News Sentinel on Feb. 7, 2018.
To plant trees in memory, please visit the Sympathy Store.
MEMORIAL EVENTS
Feb
9
Visitation
4:00p.m. - 7:45p.m.
Seymour Heights Christian Church
TN
Feb
9
Celebration of Life
8:00p.m.
TN
Funeral services provided by:
Atchley Funeral Home
MAKE A DONATION
MEMORIES & CONDOLENCES
Sponsored by Atchley Funeral Home.
5 Entries
It is so sad to learn of the passing of Mary! Wilter and I are mostly fond of our memories of her hospitality and love toward us at their home when we visited from Africa even though in frail health. Jeff, you have been such a rock, a teacher of what true love really means for a young husband such as myself. We pray for the strength of The Lord to surround you and the entire family at this trying time. Mary rejoices in Glory, separates from this earthly pain.
We love you!
Daniel Ololia
February 19, 2018 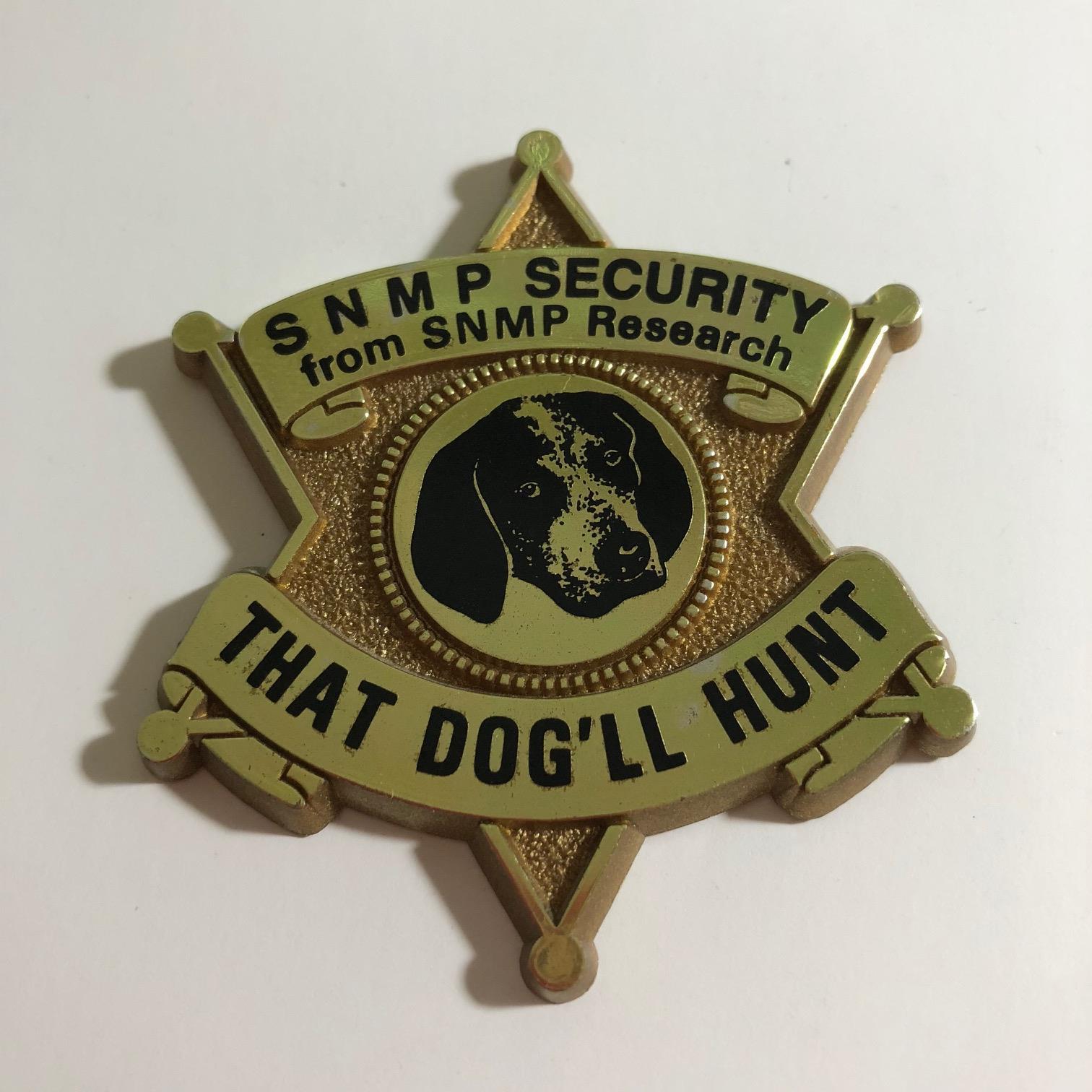 I am very sorry for your loss. Mary was a shining light at any event where we met. She will be missed.
Ole Jacobsen
February 9, 2018
My condoleances to Jeff and family. I wish you strength. Bert
Bert Wijnen
Friend
February 9, 2018
Jeff, Liz and Natalie: I am very sorry for your loss. Mary led a great life in this world. I look forward to seeing her in the fulfillment of the Kingdom.
Eddy Smith
February 7, 2018
Ms Mary has been a client of mine for about 4 years. When she became too ill to get out I began doing her nails at her home for a little over a year. Sitting with her listening to her stories about family, friends and her work was so interesting to me. She had a special place in my heart more than any other of my many amazing clients because from day one she reminded me of my own mother. I felt as soon as I held her hand for the first time.....She didn't even need to tell me what illnesses she had because I already knew. She had exactly the same ones that took the life of my own mother in 2002. I could tell by her hands...they way they were shaped, the way the disease affected her whole body. I always felt she was so much like my mom. I am so blessed to have known her. To be invited by her into her beautiful home was such an honor. The farm is so spectacular. I would always tell her I wanted to bring Lucas just to have a picnic in the yard by the water, to have Tim hit golf balls over the river. And I wanted to see it with snow, how beautiful I thought it would be. She would always say, do it, anytime, bring them. My heart breaks for her family as I completely understand their pain, it's so familiar to me with my mom. Her sweet husband loved her so much and took such good care of her. He transformed their bedroom into a complete hospital room so she could be at their farm close to her children and grandchildren which she doated on all the time. She made me smile and laugh. She made me feel like I was the best nail tech in this world and bragged about her French manicured nails. I have lost several clients over my career but loosing Ms Mary is like loosing my mom all over again. I do find peace knowing she is no longer in pain and is walking around Heaven showing off her French manicured nails to my mom Beverly. Please keep her family in your prayers. They are hurting!!! <3 Christine
Christine Guinn
February 7, 2018
Showing 1 - 5 of 5 results