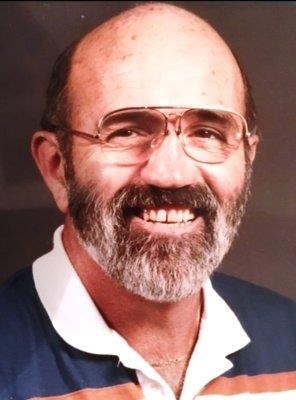 He is preceded in death by his parents, Samuel and Lena DePalmer, brother Anthony DePalmer, sisters, Marie Catroneo, Loretta Wirth, and his and Vicky's still born baby boy.

He was born June, 30, 1933, in Westport, Connecticut. Mike was a talented sports figure, he played football, baseball, and basketball for Staples High School in Westport, CT. After graduating from high school, he served three years in the US Army and was stationed in Indian Town Gap, Pennsylvania, Ft. Lee, Virginia and SHAPE Headquarters, Paris, France.

As a walk-on football player at Florida State University he was injured but did play basketball. Desiring to coach ultimately, he served as freshman basketball coach 3 years and freshman baseball coach 3 years. Mike graduated from Florida State University with a BS degree in Education in 1959. After graduating from Florida State, he was hired as Head Basketball Coach and Assistant Football coach at Manatee High School in Bradenton, Florida. From there he went to Plant High School in Tampa, Florida, where he coached in the same capacities two years then returned to Bradenton to coach at Manatee Junior College. In the early 1970's Mike partnered with Nick Bollettieri to begin the DePalmer-Bollettieri Tennis Academy in Bradenton, FL. Mike's talent and influence as a tennis coach along with his gift of leadership helped establish a foundational institution in the community, and The DePalmer-Bollettieri Tennis Academy is now known as IMG Academies. In 1980 he became head tennis coach and assistant athletic director at the University of Tennessee. In 1990 he was inducted into the Knox County Sports Hall of Fame, The Westport Connecticut Sports Hall of Fame and was the 1990 Wilson ITCA National Coach of the year; the 1990 SEC Coach of the year; the 1990 Regional Coach of the year, and the 1990 USPJA National Coach of the year. He retired from the University of Tennessee in 1994 and was inducted in to the University of Tennessee Hall of Fame in 2000.

In 2004 Mike became a member of West Park Baptist Church when he converted from Catholicism and was baptized into the faith. He was also very involved in the Mt. Pisgah Baptist Church Bible Printing Ministry in Oliver Springs, Tennessee.

The DePalmer family will receive friends from 2:00 to 4:00 p.m. with a Celebration of Life to follow at West Park Baptist Church on Sunday, January 12, 2020 with Pastor Sam Polson officiating.

In lieu of flowers, memorial donations may be made to West Park Baptist Church Building Fund.

Jack Pennington
January 12, 2020
Hello everyone,
I am so sorry to hear this from my good friend Donna Kirkconnell Bailey of our old MJC days. Coach was my favorite coach of all the coaches I had and a very good friend.
My sincere heart felt thoughts are with you all. Jim Crook - MJC class of 1965, played for coach 1963 - 64.
Regards,
Jim
501 Riverscape Ct
Lawrenceburg,IN 47025
[email protected]
Jim Crook
January 11, 2020
Sorry to hear of Mike's passing. Remember him from coaching Mike Jr. at the old Palmetto Boys Club.
Mike kirkby
January 11, 2020
Sorry to hear of Mike's passing. Remember him well as I coached Mike Jr. at the old Palmetto Boy's Club.
January 11, 2020
Very sorry to hear about passing of our coach D. I was fortunate to play for the coach at UT many years ago, and still often think about those years ever since - he was tough but also kind and caring all at the same time which is rare to find in leaders, and his passion for tennis and competition was unsurpassed. Condolences to his family, and also all the other Vols who were fortunate to play for coach D and get to know him.
Tomislav Goles
January 11, 2020
So sorry to hear of Mike's passing. He was a great
guy. I played golf and basketball with him. Condolenses to Vicky and family.
Max Schumaker
January 9, 2020
Showing 1 - 7 of 7 results