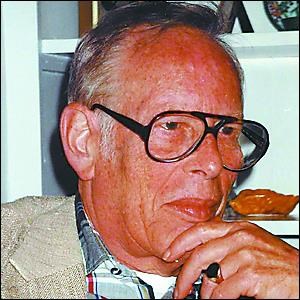 Dr. Peter Mazur, a pioneer in the study of Cryobiology, died Wednesday, Dec. 30th, 2015 at his home in Oak Ridge, Tennessee. Dr. Mazur was born in New York City in 1928. He earned his AB magna cum laude from Harvard University in 1949, and from that institution in 1953, he received his Ph. D in biology. After four year serving with the United Stated Air Force's Research and Development Command (during which he earned his Captain's bars), Mazur spent two years as a Post-Doctoral Fellow at Princeton University. In 1959 he moved to Oak Ridge, Tennessee to join the staff at Oak Ridge National Labs (ORNL), where he began a long and distinguished career that spanned nearly six decades. Dr. Mazur was a prolific author and researcher who penned over one hundred and twenty scientific papers, works that helped propel Cryobiology into an honored and highly respected field of research and study. The foremost among these publications encapsulated a seminal study in which Mazur, along with Cryobiologists Stanley Leibo and David Whittingham, pioneered technologies and procedures that successfully lead to the freezing and thawing of mouse embryos without cell damage. This groundbreaking collaboration, lead by Dr. Mazur, paved a path toward fruitful and practical discoveries, among which were enabeling the preservation (in a cost-effective way) of the genetic lines of endangered species and the maintaining of frozen cattle embryos with the potential of boosting the overall supply of food in areas stricken with famine. Along with providing this watershed event in Cryobiology research – which many contend formed a foundation upon which other such research (the freezing of umbilical cord stem cells) could build – Mazur has illuminated the field with a plethora of other studies. For instance, he worked to genetically modify the mosquito, to hopefully disarm the insect, so that it becomes incapable of carrying the parasite that causes malaria. He also devoted much time and effort in the study of Drosophila, as he explored methods of freezing with the goal of maintaining thousands of mutant lines of Drosophila for valuable genetic research. Over his long and brilliant career, Dr. Mazur has received numerous awards and honors: among them an R and D Award and the Distinguished Service Award. He was also appointed a corporate fellow and chair of the ORNL Corporate Fellows Council and is listed in Who's Who In America and Who's Who In The World. Peter Mazur, as well, earned accolades for his skill as a teacher. In the classroom, on the lecture circuit, or one-on-one with his promising post-docs, Dr. Mazur imparted the fruits of his knowledge and intellect to the biologists of the future.

Peter Mazur is survived by son, Timothy S. Mazur; daughter-in-law Kathy Mazur; step-daughter, Jennifer Dawson; step son-in-law Richard Dawson; grandson and granddaughter Andrew and Lauren Mazur, and step granddaughter and grandsons Sydney, Richard, and Taylor Dawson. Drusilla S. Mazur, his first wife, died in 1982. His second, Sara Jo Mazur, passed in 2003. We thank you, Dad. Throughout your extraordinary life, you have been leader, mentor, and teacher to all whom you have touched. We are grateful for that and for you. Our family extends a heartfelt thank you to Laquita Foley, Peter's longtime housekeeper and friend, whose help and love were essential and invaluable.

Memorial service will be Tuesday January 05, 2016 at 1:00 pm at the Chapel on the Hill Church in Oak Ridge Tennessee. Interment will follow the service at Oak Ridge Memorial Park. Online messages may be left for the family at www.martinfuneralhomeoakridge.com Martin Oak Ridge Funeral Home is serving the Mazur family.
Published by Knoxville News Sentinel on Jan. 3, 2016.
To plant trees in memory, please visit the Sympathy Store.
MEMORIAL EVENTS
To offer your sympathy during this difficult time, you can now have memorial trees planted in a National Forest in memory of your loved one.
Funeral services provided by:
Martin Oak Ridge Funeral Home
MAKE A DONATION
MEMORIES & CONDOLENCES
7 Entries
I met Dr.Mazur on several occasions. He was a great cryobiologist and person. Always full of energy. My deepest sympathy to the family.
Yuechen Zhu
October 26, 2016
I first met Peter during my graduate studies in life sciences at ORNL, and knew him later as a fellow scientist. However, my primary and most precious interactions with Peter were as good friends for the last 11 years of his life. Peter relished a meal of hot dogs and baked beans as much as he did a good steak at a 4-star establishment. He loved lemonade without sugar! During shared commentaries about our daily lives he'd sometimes go into spasms of giggles. He didn't just tolerate - he enjoyed the mannerless antics of my newly adopted dog when I would take him to Peter's house. We went to movies, had countless chats, and he always shared his cashews with me. We shared our troubles. As a friend, he is irreplaceable, and I sorely miss him.
Judy Moyer
January 30, 2016 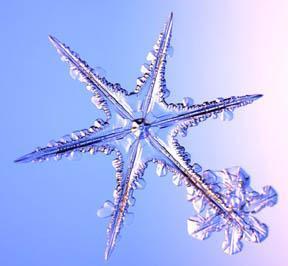 It is impossible to forget someone who gave us so much.
Marc Van den Bergh
January 9, 2016
My condolences and prayers are with the family. Dr. Mazur was an inspiration to cryobiologists. I personally appreciated that he always made an effort to engage and encourage graduate students. He will be greatly missed.
Lisa Ross-Rodriguez
January 7, 2016
My sympathy and prayer to the Mazur family. Peter was an incredible man and scientist and made amazing and lasting contributions to his field of study. His work will have lasting impact for a very long time. He was one of the greats of this world and yet was humble, quiet, and friendly. He will be missed by many.
Sally Fridge
January 5, 2016
I extend my deepest sympathies and prayers to Dr. Mazur's family. Peter was instrumental in helping my research team with vitrification of ovarian tissue, and we are forever grateful for his advice and support. Although we only knew him for a few years, he made a lasting impact on our research and we will always remember him as our wonderful colleague and collaborator. He is already greatly missed, but his legacy lives on.
Mary Zelinski
January 4, 2016
Estefania
January 4, 2016
Showing 1 - 7 of 7 results