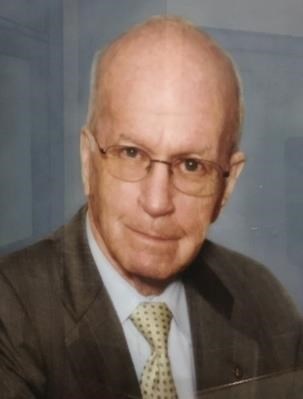 Prominent trial attorney J. Polk Cooley died on June 19, 2019, after becoming ill in December. He was 93.

Mr. Cooley, who practiced law for 72 years, was beloved by generations of clients, fellow attorneys, judges, and his family and friends. Known for his wit and bare-knuckle approach to litigation, Mr. Cooley earned the respect of East Tennesseans from every walk of life — and the enmity of insurance companies and corporations who often found themselves on the losing end of his courtroom prowess.

Mr. Cooley prided himself on living and working most of his life in Roane County. During an August 2018 interview with Tennessee Supreme Court Justice Sharon Lee as part of a Tennessee Bar Foundation history project, he said his reason for being a lawyer was simple: "You're helping people. You're doing something for them."

In signature matter-of-fact style, Mr. Cooley said the secret to his professional longevity wasn't just legal book-smarts. "The only way I could win cases is to work harder than my adversary," he told Lee. "I needed to know more about the case and more about the law in the case." And he almost always did.

James Polk Cooley was born May 19, 1926, in Rockwood, the youngest of three children of John Lewis Cooley and Anna Pearl Daniel Cooley. The elder Cooley abandoned the family the day Polk was born, leaving Anna to raise their daughter, June, and two sons, including Polk's brother Daniel. Not long after, the Great Depression hit.

Polk Cooley said Pearl Cooley was up to the task of being a single mother, working six-and-a-half days a week — and walking more than a mile and back each day to work in a doctor's office where she earned $30 a month in a community hit hard by the economic crash. "She was like an Army sergeant," he recalled. "She knew and we knew that it had to be done. She was my hero."

After graduating from high school, Mr. Cooley enlisted in the U.S. Navy Air Corps in 1944 near the end of World War II. Shortly after enlisting, he suffered injuries in a car crash and served on a destroyer patrolling waters off the East and West Coasts before the war ended a year later.

By the time the Navy honorably discharged Mr. Cooley in 1946, he was hooked on the idea of being an attorney. Borrowed law books made up his mind. "I want to be a lawyer," he said. "I want to try lawsuits."

Taking advantage of the new GI Bill and working the night shift at Kern's Bakery in Knoxville, Mr. Cooley studied law at the University of Tennessee. Mr. Cooley remains one of the youngest, if not the youngest, person to pass the Tennessee Bar Exam at age 21 and at his death, held the oldest active Tennessee Bar number. He was mentored by Ray Jenkins, a famed criminal-defense attorney who later served as special counsel during the U.S. Senate's 1954 investigation into controversial Wisconsin Sen. Joseph McCarthy.

After law school, Mr. Cooley returned home to Rockwood where he practiced law with Lloyd McCluen, another mentor who later was elected to criminal court judge. Asked whether he ever thought about being a judge himself, Mr. Cooley said he had zero interest in sitting on the bench.

"I want to have an opinion on a case, whether it's good or bad," he said. "I would rather just be an advocate."

At the dawn of the 1950s, America's economy was booming and small communities like Rockwood saw a resurgence of opportunity — including for young lawyers like Polk Cooley.

Working on an Underwood typewriter he bought for $10, Mr. Cooley initially built a law practice on debt collection and title research for the local savings and loan institution. "If you took a case in court, you might be months getting it tried," he recalled. "But if you did a title examination, within 30 days you'd be paid."

Working Mondays through Saturdays, Mr. Cooley built a business that allowed him to "make a living in a small town." But legal work often got in the way of family. After five marriages spanning from the late '40s to the early '90s, he joked: "The law is a jealous mistress. I think I devoted too much time to the law."

Mr. Cooley's second marriage, to Erma Charles Cooley in 1955, produced four sons who he collectively described as "my treasure." They include: Ted, a textile entrepreneur in North Carolina; Jim, who retired after more than 40 years with the Rockwood Electric Utility; Pat, an attorney who returned to Roane County to practice with his father in 1985; and David, a Nashville, Tenn.-based public affairs specialist who served as deputy to former Tennessee Gov. Phil Bredesen.

Mr. Cooley also took an active role in the small-town upbringing of his niece and nephews — Phillip Min, a nationally known marching band director; Patrick Min, an accountant and finance executive in Nashville; and Nancy-Ann Min DeParle, a Rhodes Scholar at Cooley's alma mater, the University of Tennessee, who later studied law at Harvard University and served in top posts under Presidents Bill Clinton and Barack Obama.

Asked whether he ever considered living in a community other than Roane County, Mr. Cooley flatly said: "Nowhere else."

Polk Cooley's lineup of clients and cases reads like a Who's Who and What's What of some of the most colorful moments in Tennessee legal history.

For example, Mr. Cooley once went toe-to-toe in the courtroom with Sue K. Hicks, the Southeast Tennessee circuit court judge who was a prosecutor in the Scopes Monkey Trial and later the inspiration for humorist Shel Silverstein's song "A Boy Named Sue," popularized by Johnny Cash.

Mr. Cooley won acquittal for the widow of a slain East Tennessee gambling kingpin. And he exposed a justice of the peace who was caught signing blank search warrants for searches that later were deemed unconstitutional.

Perhaps Mr. Cooley's most interesting case was one of his first cases: Defending his own father in the early 1950s. After passing the bar exam, Mr. Cooley worked as co-counsel alongside Howard Baker Sr. and his son, future U.S. senator Howard Baker Jr., to help John Lewis Cooley sidestep a murder conviction.

A lower court convicted the elder Cooley of manslaughter, but he secured a pardon from then-Gov. Gordon Browning before the case went to appeal. "That wasn't justice," Polk Cooley later acknowledged. "I didn't particularly like it."

Above all else, Mr. Cooley was a lawyer's lawyer — always thinking first about his clients and professional responsibilities.

During his seven decades practicing law, Mr. Cooley helped inform the development of new rules of evidence and procedure in a field that, during the first half of the 20th Century, largely was governed by case law and outsized personalities in the courtroom.

Decades ago, "lawyers seemed to think that the way to make a sincere argument in a case was to talk loud and they'd just shout," Mr. Cooley said. These days, "lawyers know that you don't need to shout to get attention."

In his 2018 interview with state Supreme Court Justice Sharon Lee, Mr. Cooley acknowledged that he had curtailed trial work with juries a few years earlier at the age of 87. "It was not without some suggestion from the judges," he quipped. But he was quick to point out that he had filed a new lawsuit just a week earlier on behalf of a client.

Mr. Cooley was a member of the Rockwood Masonic Lodge and a dedicated Rotarian for more than 50 years. He also considered himself a weekend farmer, spending most Saturdays savoring his time with his eclectic group of friends, tending to his cattle, cutting hay and clearing brush. His Sunday morning consisted of going to the office before joining services at the First Christian Church.

One month ago to the day, Mr. Cooley turned 93 at his home with an open house that included over 100 family members and friends bringing birthday wishes. "The thought of a 93-year-old person having that many friends is pretty amazing. It shows just how much he loved people and he was loved," said Jim Cooley.

Asked how he wanted to be remembered, Mr. Cooley said he hoped to be known as a fair attorney who helped people — and a lawyer with an excellent track record. "I won cases," he said, shrugging with a subtle wink and nod.

The Cooley family will hold a celebration of Polk Cooley's life on Monday, June 24, 2019, at 6:00 PM ET at the First Christian Church in Rockwood. There will be a reception immediately following in the Fellowship Hall. The family wishes to thank his nurse and caregiver Stacey Flask for her dedicated service. In lieu of flowers, the Cooley family requests that donations be made to First Christian Church, 328 W. Rockwood St., Rockwood, TN 37854.

Jennifer Craig Fehling
June 26, 2019
I am very sorry about the passing of Polk Cooley. He was a lawyer's lawyer - one of the best that has ever been. My thoughts and prayers are with the family at this time.
John Rosson
June 24, 2019
My thoughts and prayers are with Pat and all the family. I greatly respected J. Polk Cooley. May the love of Christ be with him. Fr. Nathan Brooks+
Nathan Brooks
Friend
June 22, 2019
Polk was a gentleman among gentlemen. He was the ultimate in ethics and a very fine attorney. As good of lawyer as he was, he was a far better man.
He set the standard for all attorneys to follow.
I never saw him without a smile and a kind word, no matter if I opposed him in a case or had common interest in a case.
I regret that I am in Fl. and thus will be unable to attend to pay my respects to my dear friend and to pay respects to a family I have always admired.
Ron Ridenour
June 21, 2019
As the days and weeks pass, and as you return to life's routine, may you continue to feel comforted by the love and support of family and friends.
Ann£
June 20, 2019
Showing 1 - 5 of 5 results