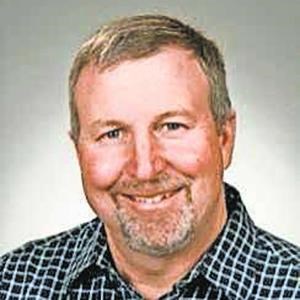 Randel Eugene "Randy" Davis, age 57, of Philadelphia, passed away Saturday, November 26, 2016. Randy accepted Jesus as his Lord and Savior as a 12 year old boy. Throughout his life, he applied his Christian principles in every facet of his life. He was a member of the Order of the Arrow and achieved the rank of Eagle Scout. He graduated Loudon High School, Class of 1977 where his love of basketball was fostered. He received degrees from Hiwassee College and Tennessee Wesleyan College and started his teaching career serving the bulk of his tenure at his alma mater, Loudon High School where he taught in the English department and coached basketball. In 1984, Randy and wife, Rita began Dairy Farming in Philadelphia. He was a passionate promoter of milk and the dairy industry and over the years served on numerous boards. Randy was currently presiding as President of the Southeast United Dairy Industry Assoc. and the American Dairy Assoc. of TN. He was also serving on the board of the TN Milk Producers Assoc. and the TN Dairy Promotion Committee. Randy dabbled in other businesses along the way. As an entrepreneur, if he had a good idea, he ran with it and Rita let him. He was an active member of Watson Chapel Baptist Church, Madisonville where he enjoyed worshiping with his community.

Tracey Harper Reichart
Boulder, Colorado
Tracey Reichart
November 30, 2016
Met Randy when I came down to purchase some first calf heifers. I knew immediately I liked him. I could just tell he was a super guy. Sorry for your loss. He will be missed dearly by many
Kent Myers
November 29, 2016
Larry Wood
November 28, 2016
B.G. Charles Cochran
November 28, 2016
So sorry on the loss of your loved one. Met him when my daughter had her wedding at your barn. You are in my thoughts and prayers.
Cassie Scott
November 28, 2016
Sympathy to all.
Rev. Nathan and Dorothy Huff
November 28, 2016
Referd and Lucille Kirkland
November 28, 2016
Showing 1 - 7 of 7 results