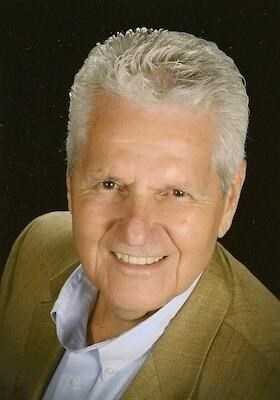 Knoxville - Roger John Salem, age 80, of Farragut, left us to be with the Lord and his beloved wife Bennie, Wednesday, July 21, 2021. Of First Presbyterian Church of Knoxville, both as a deacon and an elder. He graduated from High School in 1959 in Rochester NY. June 27, 1960, he enlisted into the ARMY to Fort Bliss TX. and was transferred to Chitose JAPAN with the US ARMY Security Agency and was promoted to a Specialist E4. Coming back home after the Army he started a family. Then while providing for his family he earned his Associates in Applied Science from Monroe Community College in accounting in 1974 and then an Associates in Science in Business Administration in August of 1975, to later start his own business called "Budget Tax" in October 1975. The following May of 1976, he earned his Bachelors of Science from St. John Fisher College. In the 1976, he began working for the US Government where for the next 27 years he worked in the Office of Inspector General, Department of Agriculture where he was awarded many times for excellence and retired as the Assistant Regional Inspector General financial and IT Operations. Roger met the love his life and future wife Bennie within the department.

He had a passion for travel and seeing new places. He enjoyed a good beer or glass of wine and fancied himself as a decent guitar player and was definitely a car guy. When Bennie and he retired they went on many wonderful excursions around the world and enjoyed playing tennis together. He had many many close friends from OIG and from First Presbyterian Church which he and Bennie attended.

Published by Knoxville News Sentinel from Jul. 24 to Jul. 25, 2021.
To plant trees in memory, please visit the Sympathy Store.
MEMORIAL EVENTS
Jul
28
Celebration of Life
4:00p.m.
First Presbyterian Church
TN
MAKE A DONATION
MEMORIES & CONDOLENCES
2 Entries
May God bless you and your family in this time of sorrow.
July 29, 2021
I was honored to get to spend some time with Roger, having a few porch visits at his home and with our dear church friends also. Being able to share our feelings of missing our spouses and grieving during the pandemic, as well as our church being only virtual for many months, was a connection we shared. Our brief friendship will always be something I cherish, although I do wish I could have gotten to know him even better. I was able to be at the hospital quite a bit and got to know David and Elizabeth some, as well. My prayers are for the family to have healing and peace -- and celebrate that Roger is now again with his precious Bennie.
Sandra Robinson
Friend
July 26, 2021
Showing 1 - 2 of 2 results