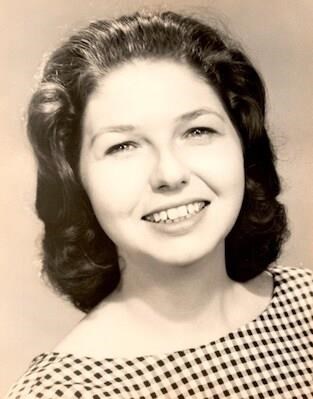 She was born 6/8/1936 in Middlesboro, KY to Edward and Edna Davis who later moved to South Knoxville where she was raised and graduated from South High School. At age 15 she began her career as a standout actress at Carousel Theater on the campus of her future alma mater, The University of Tennessee.

Her career took her to Barter Theater in Abingdon, VA, and later to the Tony Award winning Alley Theatre in Houston, TX where she performed and traveled with their repertory company. She continued her acting career in New York City for 20 years before returning to Knoxville where she performed at Clarence Brown Theater. Many fans remember her favorite performance there as lead actress Martha in "Who's Afraid of Virginia Wolff".

She worked for many years for Knoxville Department of Human Services in Child Protective Services. She was married for 43 years to the true love of her life, Harvey Perry who predeceased her. Together they enjoyed travel, genealogy research, weekends, family reunions and holidays at their 100-year-old farm in Speedwell, TN. Harvey owned Perry's Garden Center on Kingston Pike.

A special thanks to the emergency and ICU staff at Park West Medical Center for their special care and understanding.

Condolences may be offered online at www.berryhighlandmemorial.com.