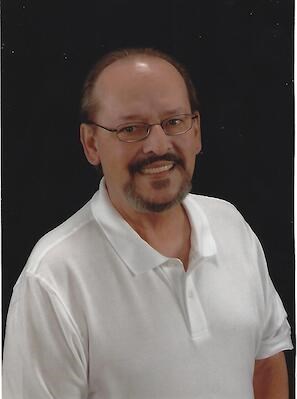 Sevierville - Ted N. Payne, age 64 of Sevierville went Home to be with his Lord and Savior Sunday, September 13, 2020. He attended Pathways Church and was saved at an early age at a Billy Graham crusade. He was a graduate of Sevier County High School and a graduate of East Tennessee Technical School in Knoxville. Ted started his career as a welder at Oak Ridge National Lab until his father-in-law became ill and needed help running his local convenience store when Ted willingly agreed to help manage Creswell's Market. He later became co-owner of the store where he spent many years running the business with his sister-in-law Doris and loved getting to know the customers and their families. He was a very generous man and would often help customers with buying them groceries and offering kind words. Ted was also a very talented musician. He played the fiddle and was offered a job in Nashville at one time, but never accepted because he was fearful he would not get to see his family or watch his daughter grow up. He was co-owner of Silver Bridle in Maryville, TN where he played fiddle every Friday and Saturday night. He was proud of the fact this dance hall offered a family atmosphere and that this was where several people met and eventually married their spouses, including his daughter and his niece who met their husbands there. He was a family man, always putting their needs before his own. He met and married his wife of 46 years, Annette…she was the love of his life and he adored her. He also loved his daughter Jessica and son-in-law Jason and would do anything for them, but he absolutely lived life the last 10 years for his grandchildren Jackson and Jamason. They were the light of his life and he loved spending time with them almost daily. He will be so missed by everyone who knew him.

Ted was preceded in death by his father, Ben Payne, grandparents Jess and Laura Shaw and Otha and Mammie Payne, father-in-law and mother-in-law, Stanley and Trula Creswell.He is survived by his wife of 46 years, Annette Payne; Daughter and Son-in-law, Jessica and Jason Antal; Grandkids, Jackson and Jamason Antal; Mother, Doris Payne; Brother, Jeff Payne; Sisters, Teresa Cole and Cristie Shyphers; Brother and Sister-in-law, Stanley and Doris Creswell, and many nieces and nephews.

In lieu of flowers, memorial contributions may be made to the Murphy's Chapel Cemetery Fund, c/o Larry Smelcer, 1790 Pittman Center Rd., Sevierville, TN 37876 or to the Thompson Cancer Survival Center "Thompson Cares Patient Fund", Covenant Health Office of Philanthropy, 280 Fort Sanders West Blvd., Building 4, Suite 202, Knoxville, TN 37922. Friends may pay their respects 5-6:30 PM Thursday with funeral service following at 7 PM in the West Chapel of Atchley Funeral Home with Pastor Brent Freeman officiating. At the family's request, please were a face covering and adhere to social distancing guidelines. Interment 10 AM Friday in Murphy's Chapel Cemetery. Online condolences may be made at www.atchleyfuneralhome.com.


Published by Knoxville News Sentinel from Sep. 14 to Sep. 15, 2020.
To plant trees in memory, please visit the Sympathy Store.
MEMORIAL EVENTS
Sep
17
Visitation
5:00p.m. - 6:30p.m.
West Chapel of Atchley Funeral Home
TN
Sep
17
Funeral service
7:00p.m.
West Chapel of Atchley Funeral Home
TN
Sep
18
Interment
10:00a.m.
Murphy's Chapel Cemetery
TN
MAKE A DONATION
MEMORIES & CONDOLENCES
2 Entries
Ted was a wonderful person and friend. He always had something nice to say to everyone and showed his love of God in everything he did. I will miss my friend very much.
Ruthie Armstrong
Friend
September 16, 2020
May the Lord be with you remaining and strengthen your hearts
Matthew Stahr
Acquaintance
September 16, 2020
Showing 1 - 2 of 2 results