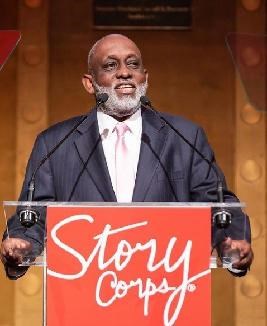 ~Craig F. Copeland, M.D.
June 24, 2019
Sorry for the loss of Mr. Weaver. A wonderful person. He will be missed. The family is in our prayers.
Shirley Lundy
Class of 67
Shirley Lundy
June 4, 2019
I never met this man face to face. I heard his football story about his father and brother on the Public Broadcasting Station (PBS) one morning. I was touched and I wanted to reach out and thank him for being strong enough to let the rest of us hear that true story. I heard he worked for the Department of Veterans Affairs, so I looked him up and sent him an email. He responded and I called him. We talked for a few minutes about my busy schedule and my daughter being in the band. He was so sincere in his message. He left me with this message "never miss a band performance or anything else she does. Your daughter will remember that you were always there." He said, "Let her talk listen more." He was right.
Mr Weaver, you spent a few minutes talking to a total stranger. You changed my life.
Andrea Luke
June 2, 2019
Our sincerest condolences. Precious memories from Mechanicsville.
Debra Agnew and Family
June 1, 2019
It was such a shock to hear of Lynn's transition. He was a very dear friend and classmate at West High School Knoxville TN. Although I was a year ahead, we did take some classes together. We rode the bus to and from school with other our friends and did the walk to our perspective homes . Lynn was a kind, personable, caring and astute person. He was willing to help whenever needed.
To the family, my deepest sympathy. May God strengthen and keep you. God bless. H. Sheila (Greely)Quick -Knoxville,TN
Sheila Quick
June 1, 2019
Sorry for your loss
May 31, 2019
Showing 1 - 6 of 6 results