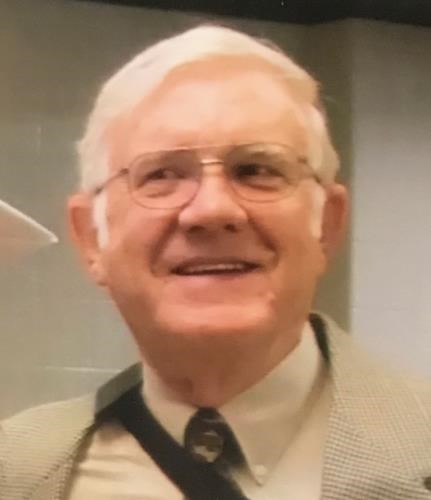 Wray graduated from Dobyns Bennett High School in Kingsport, TN in 1957, attended East Tennessee State College from 1957-1962, ETSU in Johnson City, TN from 1962-1964 graduating with a B.S. degree and where he was also a member of the Lambda Chi Alpha fraternity. He graduated from U.T. Knoxville in 1970 with a Masters degree in Physics.

Wray served in the Navy from 1959 to 1965 and was in active duty for 2 years during the Vietnam War onboard the USS Duxbury Bay and then served in the Naval Reserve in Kingsport, TN. He was a member of the American Legion.

Wray enjoyed competitive golf, computer and mobile device programming, spending time with his family, and sharing his knowledge and experience with friends, family and through teaching. He taught math at a community college for 2 years as well as serving as a Junior Achievement volunteer coordinator and thoroughly enjoyed helping others.

A service will be held May 11, 2019 at 2:00 PM at Westminster Presbyterian Church, Northshore Drive, Knoxville, TN. His body was donated to the University of Tennessee Health Science Center College of Medicine, Department of Anatomy and Neurobiology for research to eradicate brain cancer.

In lieu of flowers, please donate to National Brain Tumor Society at braintumor.org.
Published by Knoxville News Sentinel on Apr. 21, 2019.
To plant trees in memory, please visit the Sympathy Store.
MEMORIAL EVENTS
May
11
Service
2:00p.m.
Westminster Presbyterian Church
Northshore Drive, Knoxville, TN
MAKE A DONATION
MEMORIES & CONDOLENCES
3 Entries
george toncray
May 2, 2019
so sorry for your loss..enjoyed high school times with Wray George Toncray....
george toncray
May 2, 2019
Dear Ginger and Family. What can we say at this time that we miss most about Wray? There has been a lifetime of good times we can share in his memory and be thankful for. Know that we will share this great loss with you also. Love, Sue and Wayne.
Wayne Gilliam
April 24, 2019
Showing 1 - 3 of 3 results