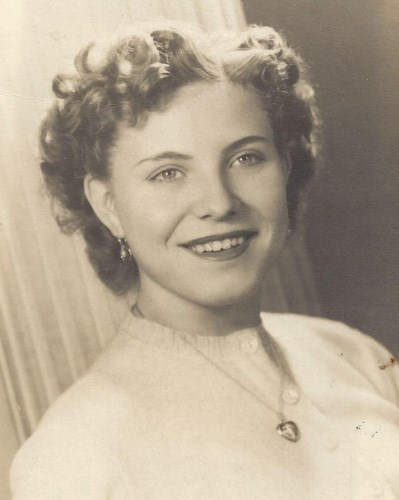 Marlys was born in George, Iowa to Fred and Maddie Bowman. She was the fourth child of eight. The family lived there till Marlys was 11 yrs. old, when at that time her parents moved the family to Nampa for work. After her teen years, Marlys moved to Arizona where she lived and worked for over a decade. Upon returning to Nampa, she met and married Ken Forrey and moved to Kuna where together they raised two sons and one daughter on their large multi-family farm.

Marlys had many talents, (not to ignore her signature fried chicken and ham hocks and beans), but one that stands out was her ability to make any house a beautiful home, inside and out. Her decorating prowess and landscaping techniques was one that friends and family envied. You always knew which house was hers in the neighborhood. Hard work was never anything she shied away from her entire life and never understood laziness when it came to getting things done. If there is anything we kids can say she taught us, it was the value of hard work and getting it done yesterday.

In her retirement years, she was able to perfect what she was born to do: fishing and playing the poker machines in any casino. She loved any family get-together that included her kids, brothers and sisters, nieces and nephews and of course any gathering with her friends. One of her greatest joys was wintering in Las Vegas with her sister Marvella. They had all the projects planned out for the winter, and of course there was always time for those poker machines. In later years when the trips became too difficult, she always had Jackpot.

The past few years were hard and when asked "how are you doing today?" her response was always "I'm fine". We told her that she was always going to be fine until she wasn't. That day finally arrived. Mom's passing will leave a big hole in many lives.

Graveside service will be held at Kuna Cemetery on Friday, September 24, 2021 at 2:00pm. Arrangements are under the direction of the Nampa Funeral Home, Yraguen Chapel where an online guest book and full obituary is available at www.nampafuneralhome.com