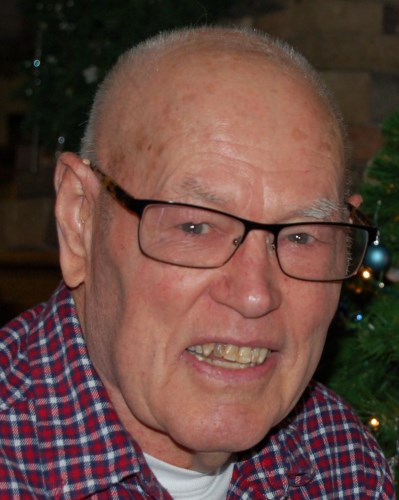 Ralph married Betty Lou Bramblett in August 1953 at the Melba Community Baptist Church and they were involved in church activities for the next 45 years. They had four daughters: Julie Ann, Nancy Lea, Lois Marie, and Marlene Rae.

Ralph grew up in a farming family. After marrying Betty, he worked for Idaho Power for five years installing transmission lines in southern Idaho. He then moved back to the Melba Valley and took up dairy farming until his retirement in 2006. In 1987 his family was named the Canyon County Outstanding Farm Family of the year. His grandchildren have many fond memories of visiting the Doser family farm.

Ralph and Betty enjoyed traveling in their fifth wheel RV, taking annual trips with his three brothers, and visiting relatives in Arizona, California, Nevada, and Oregon. They also enjoyed several family trips with their daughters and their sons-in-law to the Oregon Coast, Maui, Victoria, British Columbia, and other locations. One of Ralph's favorite activities was to attend his grandchildren's sporting events, which included soccer, football, softball, basketball, and track. In 2018 Ralph and Betty relocated from Melba to a retirement community in Moscow, Idaho.

A graveside service will be held at 11 AM, Saturday, July 31, at the Melba Cemetery, 7205 Baseline Rd, Melba. To express condolences please visit ZeyerFuneralChapel.com. 208-467-7300