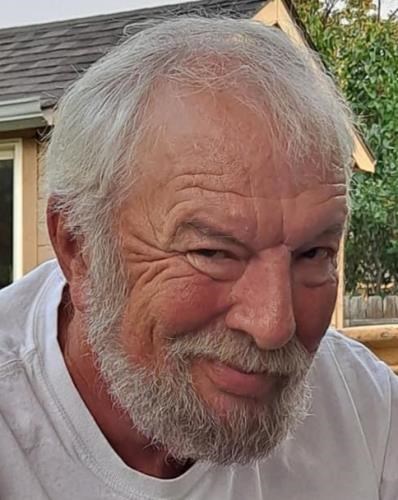 BORN
1953
DIED
2021
Meridian - Phil was the third son born to Glenn O. and Mary Lou (Newman) White. He grew up in the Melba area and was an outstanding all-around athlete, homecoming royalty and senior class president. Following high school, Phil was blessed with two children, Jesse Michael in 1976 and Rabecca Jean (Morton) in 1980. This relationship ended in divorce but was followed by Phil meeting and marrying the love of his life, Michelle (Hunter). They lived in Kuna for a few years were blessed with a son, Dylan in 1992. Shortly after, they built a home and moved to Meridian where they continued to live at the time of Phil's passing. Phil worked and played hard over the years. He had a lengthy career of 36 years in steel fabrication with Western Steel which later became Rule Steel. During this time, he played softball, bowled, threw darts and even engaged in some corn hole! Above all, he loved to go fishing with his wife, family and friends whether it was from the bank or from their beloved pontoon boat. Phil is survived by his wife Michelle of 33 years, sons, Jesse (Marion) and Dylan (Jessica), daughter Becky, granddaughters Tabitha, Dusty, Edith and Matilda and grandson Jacob, brother Kent (Pamela), sisters-in-law Karen (Alan) and Diana (Richard) and numerous members of extended family including cousins, nieces, nephews, etc. Phil was preceded in death by both parents and his grandparents and brothers Alan and Richard. A celebration of life is planned for Saturday, 10/16, at Scout Park at CJ Strike where many great camping and fishing trips have taken place over the years and Phil loved it there. In lieu of flowers, take someone you love fishing. We hope to see you there. Camping reservations, if interested, can be made at camplife.com. Phil may be gone but will NEVER be forgotten. If you knew him and ever got "that" smile, you knew you had a friend for life. Please always remember that!
Published by Kuna Melba News from Oct. 6 to Oct. 7, 2021.
To plant trees in memory, please visit the Sympathy Store.
MEMORIAL EVENTS
To offer your sympathy during this difficult time, you can now have memorial trees planted in a National Forest in memory of your loved one.
MAKE A DONATION
MEMORIES & CONDOLENCES
1 Entry
Michelle, I truly wish there were words, however kind, that could mend your heartache, just know those who care and share in your loss wish you comfort and peace of mind. May you find strength in the love of family and the warm embrace of friends. Let memories fill your mind, warm your heart, and lead you through this time. May time heal your sorrow. May your friends ease your pain, and may the memories of your life together fill your heart with warmth. Though life and the years have passed us by, Phil was a part of my life growing up. I will always remember my time spent with him and his brothers in Melba. Exploring the countryside, playing board games on the living room floor, and the occasional pillow fight. Then there were the trips to Given's Hot Springs to go swimming and afterward back to their home for ice cream, typically Neopolitan.
Jimmy Brooks
October 12, 2021
Showing 1 - 1 of 1 results