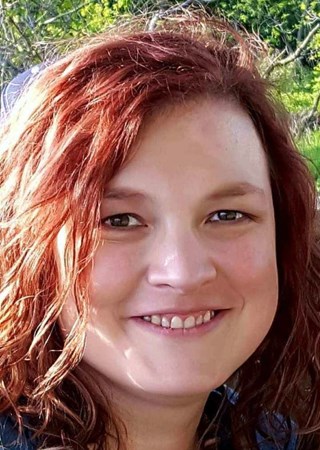 It is with profound sadness that the family of Angela Marie "Angie" Page announce her peaceful passing on September 22, 2021 at the age of 48 years.

Angela was born in January of 1973 in Skokie, Illinois to Timothy and Shelby Sullivan and later moved from Chicago to La Farge and then on to Sparta, Wisconsin where she graduated in 1991. While at Sparta Senior High School, she was very active in choir, show choir ensembles and various musicals where she had her name in lights! Angela earned the role of leading lady in many productions.

She had a beautiful voice to go with her beautiful smile, soul and unwavering love of God.

Angela worked various jobs, but it was when she started at St Francis Medical Center as a patient care tech that her life changed drastically. She found her true calling as a caregiver. She also met her future husband, Jim.

Angela attended Western Wisconsin Technical College and very proudly became a registered nurse. From that moment, she was hooked on caring for babies. She then worked in Pediatrics at Gundersen clinic in Onalaska. Angela attended Viterbo College where she attained a bachelor's degree in nursing and her master's degree in nursing education. While at Viterbo, she became fast and lifelong friends with Nicholle Frahm-Ward. Her first job was with inpatients in the Pediatrics Department at Gundersen Hospital. She went on to be a professor in nursing at WWTC and Viterbo College.

She accomplished all of this while raising and fiercely loving two, then three, then four and finally five sons (plus many bonus sons and daughters) and being "the air traffic controller" of our family.

Angela worked a few other positions as her health began to deteriorate. She always felt called to go back to Pediatrics, but was not able to do patient care again due to a very rare genetic disorder.

This disease slowly took her health, at times, her spirit, but never her faith.

There was a very good chance if you knew Angela, you were loved by her. She made people feel special and important. Angela had a very strong faith in Jesus Christ. She prayed often and frequently clutched her rosary. It was this faith that helped her through the incredible pain that she lived with. She often said that "so many were worse off than me: I'm blessed."

True to Angela's pure heart, irrevocable faith, and indelible spirit, she kept a collection of notes that were to become The She'll Never Be Anything book, to give people with childhood trauma hope and encouragement. Angela will be immensely missed by countless people.

Angela was preceeded in death by her father, Timothy Ray Sullivan, a brother, Timmy and her husband's loving parents, John and Darlene Page.

The family wishes to thank the Infectious Diseases and Pulmonary departments of the Mayo Clinic Health system. Caring for Angela in life, her team consisted of Dr. Carmen Dargel, Dr. Reka Furedi, Dr. Daniel Small and staff, Traci Kokke, R.N. and Nikki Busch There is much appreciation for their unwavering support and compassion. Graciously, deep thanks goes out to a very special friend Heather Odenbach.

Coulee Region Cremation Group is assisting the family during their time of loss.

Published by La Crosse Tribune on Sep. 25, 2021.
To plant trees in memory, please visit the Sympathy Store.
MEMORIAL EVENTS
Sep
27
Visitation
12:00p.m.
Free First Church
123 Mason Street, Onalaska, WI
Sep
27
Prayer Service
2:00p.m.
Free First Church
123 Mason Street, Onalaska, WI
Funeral services provided by:
Coulee Region Cremation Group
MAKE A DONATION
MEMORIES & CONDOLENCES
Sponsored by Coulee Region Cremation Group.
6 Entries
Angie was a stand-out. I remember meeting her when our daughter Anna and your son Sam were at Sand Lake Elementary together. I always looked forward to seeing her at school events. Angie did make everyone feel welcome and recognized. At every school event, I witnessed her smile, energy, positive attitude and good humor. I'm so sorry she left this world way too soon. Peace to her family. More people than you can imagine are holding you all in our thoughts.
Karen Sibenaller
September 27, 2021
So sorry for your loss. She was taken way to soon. My heart goes out to you and your family.
Juanita Zimmerman
September 26, 2021
Jim, my deepest sympathies to you and your family. I have fond memories of Angie during the time I worked with you at OPD. My prayers are with you during this difficult time.
Jeri (Nichols) Witkowiak
September 25, 2021
Our prayers are with you as you go thru this most difficult time. You don't know us personally but your Angie and our daughter Heidi were great friends and shared the love of working with pediatric patients and also shared the love for their Lord Jesus. Heidi was called to her eternal home in January of 2015 at the age of 44. We know Heidi was waiting on the shore to welcome her dear friend Angie home to heaven. May the love of God surround all of you in your grief. Look to the comfort we have knowing that your loved one died in Christ therefore she did not die but lives forever in heaven where one day we will see them again. eternity
Darla and Bob Westedt
September 25, 2021
I had the pleasure of meeting Angela and Jim during my struggle with PTSD. I hadn't felt the unconditional love and understanding offered to me during this time by new friends. She helped me feel like I mattered and that I was important. She was a true Angel on this earth. She will be forever missed. RIP my friend. Love you always.
Stephanie Forrer-Harbridge
Friend
September 25, 2021
So sorry for your loss. My prayers are with you. I remember what fun we had when Pat and I were in RCIA with Angela and Jim. She will be missed dearly!!
Kim McMahon
September 25, 2021
Showing 1 - 6 of 6 results