ALLOUEZ, Wis. -- Ann K. Lulloff, of Allouez passed away peacefully at home in the arms of her husband and surrounded by family Friday, Feb. 12, 2021, after a long battle with Parkinson's disease.

Born Sept. 7, 1940, to Albert and Zita (Mc Donough) Keller in La Crosse, Ann was raised with her younger siblings, Kathryn ("Sis") and Albert ("Buzz"), in a family that valued education and hard work. The sport of tennis struck her fancy as a young girl in La Crosse and became a pursuit that fostered lifelong friendships, provided a venue for her competitive spirit, and served as a passion to share with family.

As a new University of Wisconsin graduate in medical technology (B.S. 1963), she worked in a research laboratory on campus and crossed paths with a young, eligible medical student named Rolf. Over several beers at a pub on State Street in the summer of 1963, a love match began. On a memorably hot and humid July 18, 1964 in La Crosse, Ann and Rolf were married.

They welcomed three children, Susan, Sarah, and Andrew, as Rolf continued his education and training in Madison. After a two-year stint in the U.S. Army at Fort Dix, N.J., they returned to Wisconsin, settling in Green Bay in 1974. There, Ann forged enduring friendships over tennis, the Parc de Langlade neighborhood, and her volunteer activities. She devoted many hours to community organizations including the Service League of Green Bay, Scholarships, Inc., the Green Bay Symphony Guild, Brown County Medical Auxiliary, Meals on Wheels, PEO, and more recently, Howe School, where she delighted in helping school children hone their reading skills. In 1987, she coached the St. Joseph Academy girls' tennis team to a state championship title. Her years as a tennis coach were filled with laughs and fond memories.

Her support for her own children's activities and education was unwavering, from horse shows to countless hours on the tennis courts and sidelines, to late night phone calls when a boost of confidence or hard love was needed. She took great pride in her children's accomplishments.

Ann and Rolf were a team in life. Ann, often called "Annie" by Rolf and her close friends, created a vibrant and comfortable home life that supported Rolf's career and personal pursuits. She provided a listening ear and endless encouragement for his challenges at work. She was also known to scrutinize his choice of tie or socks with one eye open in the pre-dawn darkness, as he got ready for work. Her love for brownies led to an annual brownie contest at his workplace that ensured a frequent flow of chocolate treats into their home.

Likewise, Rolf was never far from Annie's side, showering her with compliments and appreciation that came directly from his heart. He helped her to find hope on gloomy days and to look forward to joyful travels together and time with family and friends. With each new challenge of her long struggle with Parkinson's disease, Rolf would help Annie to forge a new path, shifting focus to new activities and ways of life that would bring her happiness and connect her with those she loved. Her grandchildren, whether near or far, were a constant source of joy for her. With Rolf's help, she attended every soccer game, cross country meet, tennis meet, and piano recital she could. The resilience and graceful determination she displayed throughout her life will forever inspire her family.

She was preceded in death by her parents; and by her mother and father-in-law, Jane and Harold Lulloff.

The family would like to extend heartfelt gratitude to Dr. Daniel Koster, Dr. David Kaufman, Dr. Chris Van Saders, so many caregivers at Prevea, St. Mary's, and St. Vincent, the Unity Hospice team, her devoted caregiver for the past 9+ years - Sally Ann Schuyler, and to countless friends, PEO sisters, neighbors, Union Congregation Church staff and members, and extended family for their care and concern over the years.

A private funeral service for the immediate family will be held Saturday, Feb. 20. A celebration of Ann's life will take place this summer when it is safer to gather. Proko-Wall Funeral Home is assisting the family. Online condolences may be expressed at prokowall.com.

To plant trees in memory, please visit our Sympathy Store.
Published by La Crosse Tribune on Feb. 17, 2021.
MEMORIAL EVENTS
No memorial events are currently scheduled.
To offer your sympathy during this difficult time, you can now have memorial trees planted in a National Forest in memory of your loved one.
Funeral services provided by:
Proko Wall Funeral Home
GUEST BOOK
10 Entries
Ann was a warm, wonderful and beautiful woman as I so remember her while our paths crossed "back in the day". My deepest sympathy to you and your family.
Rita Hutchens
February 22, 2021
Dr. Lulloff,
Our deepest sympathy to you and your family during this difficult time. Our thoughts and prayers are with you and your family.
Sincerely,
Joe and Debbie Theisen
Joe Theisen
Acquaintance
February 20, 2021
My deepest sympathy to Rolf and the entire family. Ruth’s and my prayers are with you.
Joel Johnson
Friend
February 20, 2021
Dear Claudia, # 1 I miss you. #2 I am so sorry to hear about your Grandma. My father also died of PD and it is such an unforgiving disease. I know you and your family did all to make your loved one comfortable. God loved her and made her journey easier because of this love. Please call me if you feel like it, you were always one of my favorites ❤
Diane Danhieux
February 19, 2021 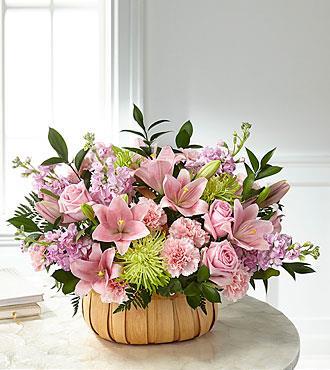 Tammy and Dan Bues
February 18, 2021
For the last 32 years Ann & Rolf Luloff have been neighbors and friends but even more positive reinforcement and motivators for our children. During their walks and strolls through the neighborhood Ann & Rolf have always stopped to talk and encourage our family. One of our daughters proudest moments was the day she was able to run out and see Ann to show her the State Tennis Team Championship medal she won for her doubles play. Ann was a very classy, sweet, kind, giving person who knew how to live, lived well and shared with all she met her joy for life. We’ll miss her and her can do attitude.
Robert Dennis
Neighbor
February 17, 2021
Dr Lulloff and Family : Ann was a true inspiration to us all about living life . Your love story is so beautiful. Our thoughts and prayers are with you always . Love , Todd , Cathy , Logan and Kim Hendricks
Cathy Hendricks
Friend
February 16, 2021
Ann was an amazing woman who loved her family deeply. Ann is always in our memories. We will always keep her love close to our hearts.
Kathrytn Halverson
Friend
February 16, 2021
Andy. You and your family are in my thoughts and prayers.
Patrick Rafferty
Friend
February 15, 2021
Dr Lulloff,
Sending most sincere prayers and sympathy on Ann’s passing.
She was a warm, loving woman who had a wonderful sense of humor, and appreciated the “ perfect” chocolate brownie!
Sandy Matuszak
Sandy Matuszak
Friend
February 14, 2021