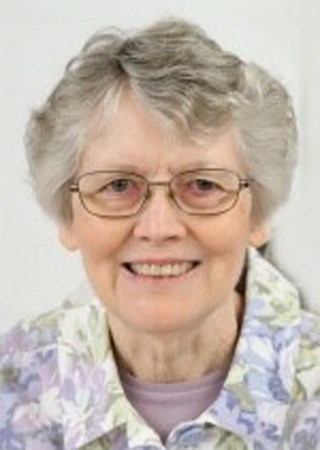 TOMAH - Barbara Jane Grygleski, age 79, of Tomah, WI peacefully passed into eternal life in the presence of her loving family at home on the evening of Thursday, September 30, 2021, after a lengthy illness.

Barbara was born on December 28, 1941 in Stevens Point, WI, the second child of James Edward and Barbara Jane (Bonner) Leary. Barbara was united in marriage to Edward John Grygleski at St. Stephen's Catholic Church in Stevens Point on January 6, 1962. Throughout their lifetime together, God and the Church were always at the center of their marriage.

Together they raised five children on the family cranberry marsh near Valley Junction. Barbara was the heart of her family. She was often found in the kitchen cooking meals and baking desserts. Everyone who visited was welcomed by her sincere hospitality, kindness, and warm smile. Barbara took great joy in serving others. Her grandchildren have fond memories of her sewing superhero capes, making homemade popsicles, and frying custom shaped buttermilk pancakes. She served her delicious homemade lemon meringue pie, chocolate angel pie, and famous cranberry fruit roll-ups to family, friends, and anyone fortunate enough to enter her kitchen. Love was the key ingredient in Barbara's recipe for life.

She treasured her Irish heritage and had fond memories of her trip to Ireland with Edward, her sister, Mary, and her brother, Fr. Jim, where they visited the birthplace of the family's grandfather, Dennis Bonner. Irish music regularly filled Barbara's kitchen adding to the good cheer. Barbara had a great love and devotion to Blessed Solanus Casey, a Capuchin priest who also had Irish roots. Barbara valued learning, giving back and community involvement. Later in life, she earned a degree in elementary education, taught for a short time at Miller Elementary Schooland was a religious education teacher at St. Mary's School for many years. As a dedicated and faithful member of Queen of the Apostles Parish, she served as a lector, Eucharistic minister, was a member of Martha's Group and St. Joan's Guild, and waspresident of the Parish Council of Catholic Women for several years. She helped organize and serve many funeral luncheonsfor families in their time of need. In addition, she volunteered her time at the Tomah Care Center assisting residents and the celebrant during weekly Mass. She was a long time member of the Tomah Shakespeare Club.

Barbara was preceded in death by her parents: James Edward and Barbara Jane Leary; her father-in-law and mother-in-law: Edward William and Frances Eleanor Grygleski and brother-in-law, Kenneth Falkavage.

A Mass of Christian Burial will be celebrated at Queen of the Apostles Parish in Tomah, WI at 11:00 a.m. on Thursday, October 7, 2021, with the Reverend James Leary O.F.M.Cap. officiating. Burial will be held at St. Mary's Catholic Cemetery, Tomah, WI. Family and friends are invited for visitation on Wednesday, October 6, 2021, beginning with a 3:30 p.m. Rosary and continuing until 7:00 p.m. at the Torkelson Funeral Home in Tomah. Friends may also visit at the church from 10:00 a.m. until the time of Mass on Thursday. In lieu of flowers, donations may be given to Queen of the Apostles Education Endowment Trust, Faith in Action or Tomah Health Hospice Touch. Online condolences may be offered at www.torkelsonfuneralhome.com. The Torkelson Funeral Home is assisting the family with arrangements.