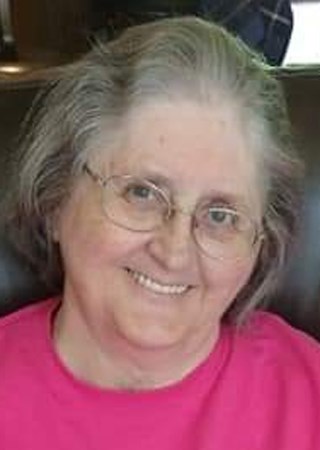 On Friday, September 3, 2021, Barbara Lea Jones, loving wife and mother of three, beautiful daughters, passed away at AnMed Hospital in Anderson, SC at the age of 79 with her devoted family by her side.

Barbara Lea Henricks was born August 19, 1942, on the family farm outside Clifton, Wisconsin. She was the youngest of the nine children of Frank and Hazel (Bjornstad) Henricks. She attended Camp Douglas Elementary School and was a 1960 graduate of Tomah High School and Professional Business Institute in 1961.

She married Dennis Mohring in 1963 and they lived in Camp Douglas, WI, Kenosha, WI and Peoria, IL, before divorcing in 1968. In 1971, Barabra married Richard Harris and they travelled extensively, living in Camp Douglas, WI, Kincheloe, MI, Clark Air Force Base in the Philippines, San Antonio, TX, and Prattville, AL before divorcing in 1981. Barbara finally met the love of her life in Craig Jones, whom she married on November 10, 1984. They spent 37 amazing years together living in Tomah, WI before settling in Anderson, SC. They later spent several summers back home at the Leon Campground near Sparta, WI. Barbara wore a great many hats over her years, working a variety of jobs including the A&W, Target Bluff and Volk Field in Camp Douglas, WI, Home Interiors Hostess, Continental Inn and Holiday Inn in Tomah, WI and Advance Auto Parts in Belton, SC before retiring as the restaurant manager at Kwik Trip in Tomah, WI in 1993. Barbara was an active member of Abiding Savior Lutheran Church in Anderson, SC and a member of the women's group and choir for many years. She was also active in the Tomah Class of 1960 and the Relay for Life both before and after becoming a breast cancer survivor. She enjoyed reading and spending time with her family and friends and was well known for her quickwit, kind heart, warm smile and strong opinions.

She was preceded in death by her parents: Frank F. and Hazel C. (Bjornstad) Henricks; her brothers: Marvin, Howard, Gordon, Calvin and Edgar; her sister, Donna; her nephews: Fred, Roger and Gary Henricks; her niece, Betty Lou Marcellis; her stepson, Jeffrey Jones and her ex- husbands: Dennis Mohring and Richard Harris.

A funeral service will be held on Friday, September 10, 2021 at 11:00 a.m. at the Torkelson Funeral Home in Tomah. After which she will be laid to rest at the Clifton Cemetery in Clifton, WI. Because Barbara was an avid supporter of charitable causes, the family asks that in lieu of flowers, donations be made in her memory to your favorite charity. The family would also like to express their deep appreciation and gratitude to Barbara's superb doctors and nurses and the care they provided at AnMed Hospital in Anderson, SC. The Torkelson Funeral Home of Tomah is assisting the family with arrangements. Online condolences may be offered at www.torkelsonfuneral.com.