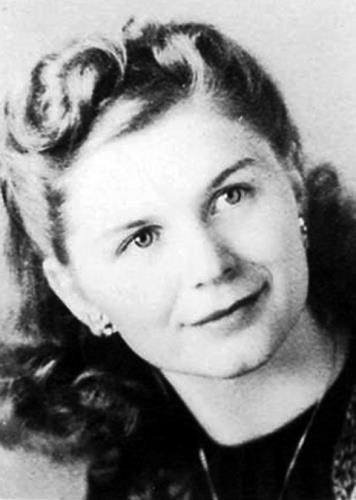 WEST SALEM - Beverly J. (Mau) Onsrud of West Salem, WI passed away peacefully and with grace at Brookdale Senior Living LaCrosse on April 11, 2021 at the age of 97 with the loving presence of family throughout her final days. She was born September 13, 1923 in West Salem to Bernhard and Alice Mau.

As a youth, Bev joined Girl Scouts and made many classmate friendships that lasted 90 plus years. She attended school in West Salem where she graduated as Valedictorian. During World War II, Bev worked as a typist, receptionist, and radio operator for the FBI in Washington, DC, San Francisco, CA, Portland, OR, and San Diego, CA. After the war, she returned to West Salem and worked at the Union State Bank.

On September 7, 1948, Bev married Ralph Onsrud in the West Salem Presbyterian Church. Together, with the help of other carpentry talent in the family, they built their first home on West Franklin Street. They had three children and lived there until Ralph was transferred to Prairie du Chein, WI. After seven years, they settled back in West Salem. While their three children were growing up, they went camping, boating, and vacationing, creating many good family memories. Bev's children and grandchildren will remember the way she read many stories to them and all the cut out cookies she made for every holiday. They were especially fond of Christmas with lefse and meatballs as well as baking traditional Norwegian rosettes, sandbakkels, and pecan sticks.

Bev was always known to be very involved in her community. She was active all her life in the Presbyterian Church of West Salem where she was the first church secretary from 1970 to 1984. She also happily spent time as a Girl Scout leader and a guide at the Historical Society Palmer Gullickson Octagon House. In later years, Bev and Ralph spent their winters in Tucson, AZ enjoying Bridge, golf and eating out. Bev loved to travel and was always ready and eager to go anywhere with friends, Ralph, or her children...no matter the destination.

Bev will be missed by her three children: Susan (Jerry) Banie of Laona, Jean Onsrud of La Crosse, and Dr. David Onsrud of La Crosse; seven grandchildren; eight great grandchildren; sister-in-law Ginny Onsrud of Kenosha; cousin Minnetta Coburn of McMinnville, OR; and other extended family members. In her next life, Bev will be reunited with her husband Ralph, two brothers: Elmer (Maude) and Robert (Clara); several brothers- and sisters-in-law, and cousins.

A private prayer service was held by the immediate family. Memorials may be directed to the West Salem Presbyterian Church or the West Salem Historical Society. The family wishes to thank Salem Terrace, Bethany St. Joe Skilled Nursing, Brookdale La Crosse and Mayo Hospice for the loving care they all gave Beverly. Memorials in her honor can be directed to the funeral home and will be forwarded to her family. Jandt-Fredrickson Funeral Homes and Crematory, Jostad Chapel, West Salem is assisting the family in their time of loss. 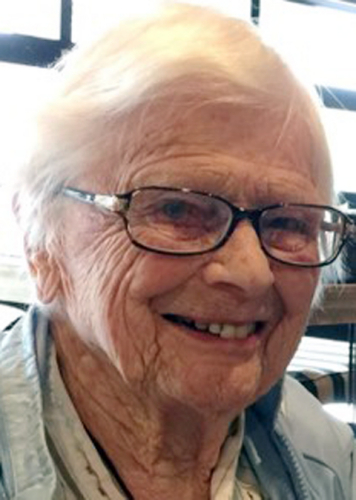 To plant trees in memory, please visit our Sympathy Store.
Published by La Crosse Tribune on May 2, 2021.
MEMORIAL EVENTS
No memorial events are currently scheduled.
To offer your sympathy during this difficult time, you can now have memorial trees planted in a National Forest in memory of your loved one.
Funeral services provided by:
Jostad-Jandt Funeral Home
GUEST BOOK
Sponsored by Jostad-Jandt Funeral Home.
1 Entry
So sorry for your loss. Sending prayers for the family.
Gail Hayek
May 3, 2021