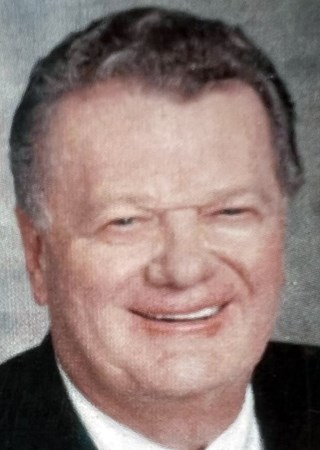 Chuck was born on April 30th, 1933 (the same day and year as his favorite country artist, Willie Nelson) in Holcombe, WI. Upon graduation from McDonnell Catholic High School in Chippewa Falls, he enlisted in the U.S. Navy. Upon completion of his military service, he attended Marquette University, graduating with a degree in Electrical Engineering. Upon graduation, he worked for AC Spark Plug and Delco Electronics (divisions of General Motors) as a civilian employee of the Apollo Space Program. In 1972, Chuck was recruited by Cliff Robedeaux to join his real estate company, Robedeaux Realtors and began an illustrious career that spanned 6 decades. Finding his passion, he quickly progressed from an associate to management positions, ultimately running the company and becoming part owner. When Merrill Lynch purchased the company, he ran the Wisconsin operations and then became the owner of Prudential Preferred Properties.

The company later merged with First Weber Realtors and he became CEO until his retirement in 2015, when the company was sold to Berkshire Hathaway. Chuck was recognized for his leadership and contributions by the real estate industry and his peers as both Milwaukee and Wisconsin Realtor of the Year. He held many chairs and offices on state and local boards including President of Metro Milwaukee MLS and the Wisconsin Realtors Association. He was awarded the prestigious CRE designation by the American Society of Real Estate Counselors. He prided himself on mentoring agents and managers, helping hundreds of agents build successful careers. Chuck was incredibly loyal and was admired and well respected by his management team, employees, agents and industry peers. Chuck was also heavily involved in Rotary International, was on the Board of the MACC Fund, the M&I Lake Country Bank Board and was an usher at St. Anthony Padua and St. Sebastian Catholic Churches. In 1985, Chuck met Sherry Melvin, a fellow realtor and they recently celebrated their 35th anniversary. They shared many adventures, traveling to yearly golf outings with friends, trips to Florida, Hawaii and Arizona and celebrated Chuck's 60th birthday on a month-long trip to Australia and New Zealand. They enjoyed spending time with family and friends and celebrating holidays with their families, especially up at "the Farm".

Chuck was an avid outdoorsman and sports fan. Nothing made him happier than being at/hosting deer hunting camp in the fall with his son, sons-in-law, brothers and nephews. He loved fishing (took many "fly in" trips), turkey hunting and both arrow and gun deer season. He was a 50 + year season ticket holder of Marquette basketball and loved yelling, "Give 'em hell, Al" at tip-off. He was a huge fan of the Bucks, Brewers and Packers as well as his grandkids' teams. Chuck's love for his family was boundless; he truly treasured and appreciated each and every family member. He was incredibly proud of his children and grandchildren and their accomplishments. He took great joy in his grandchildren and considered them the greatest gifts he could have ever received from his children.

Chuck's family would like to thank Dr. Kyla Lee and the palliative care staff at Gundersen Lutheran Medical Center for their compassionate care.

A Memorial Service will be held at 11:00 a.m. on Saturday, November 27, 2021, at the La Farge United Methodist Church. Visitation will be held at the church from 10:00 a.m. until the time of service. For the safety of everyone, face masks are required. A private burial with full military honors will be at Bear Creek Cemetery. A reception in Chuck's honor will be held in Milwaukee in early 2022. Details will be announced when finalized. Online Condolences may be expressed at www.vossfh.com.

In lieu of flowers, memorials to La Farge Rescue Squad or the First Weber Foundation are appreciated.

Published by La Crosse Tribune on Nov. 23, 2021.
To plant trees in memory, please visit the Sympathy Store.
MEMORIAL EVENTS
To offer your sympathy during this difficult time, you can now have memorial trees planted in a National Forest in memory of your loved one.
Funeral services provided by:
Vosseteig Funeral Home
MAKE A DONATION
MEMORIES & CONDOLENCES
Sponsored by Vosseteig Funeral Home.
1 Entry
Chuck was a wonderful man I learned so much from in the many years he was my boss. He was gruff to some, a busy, big guy. BUT, what a treasure was discovered when you got to really know him as I am happy I did. He named trails on the farm after his his grandchildren! I learned this because he needed help with the copy machine (ha ha). So many memories of Chuck but my final one is that I respected him and had what I believe to be a special connection with him. I remember being very happy to see him the last time I did, as he walked from far across the parking lot at work, too far away for most people to notice. But I did, and I met him at the door.
Katie Huebschen
November 23, 2021
Showing 1 - 1 of 1 results