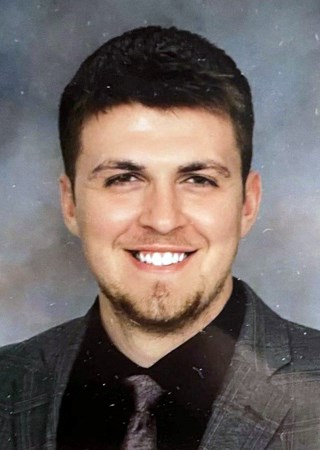 Cole James Berra, 22, of Genoa, Wisconsin passed to eternal life on Thursday, September 23, 2021, at Mayo Clinic Hospital in Rochester, Minnesota after a courageous battle with NUT 1 Carcinoma. Cole was born in La Crosse, Wisconsin on September 11, 1999 to Dennis and Kay (Sonsalla) Berra.

Cole packed a lot into his all too short life. He graduated from Aquinas High School in 2018 where he participated as a percussionist in the Concert, Marching, and Pep Bands as well as competing in Solo & Ensemble. Cole played varsity football as an offensive lineman and was instrumental in the organization of the Aquinas Clay Target team. He was exceptionally proud to be a regular and reliable server at school liturgies and parish Masses, weddings, and funerals. Cole was a 13-year member of the Mississippi Steamers 4-H Club where he held club leadership offices and enjoyed working with the younger members on projects and activities. Showing market hogs at the Vernon County Fair was an annual club highlight. Cole also exhibited many ceramics, art, and Lego projects; and participated in 4-H Shooting Sports. Cole was chosen to serve three times as a 4-H Camp Counselor at Upham Woods. In his final year of showing hogs at the fair, Cole was selected for the "Spirit of the Fair" award recognizing his general good nature along with his willingness to work with younger members to improve their swine showmanship skills, to work at the 4-H food booth, and to volunteer wherever needed.

Cole worked full time for three summers of his high school years at the Chaseburg Farmers Union Co-op doing a variety of jobs in the feed mill and delivering various products to local farms. He challenged himself to earn his Commercial Driver License to be able to operate larger trucks. Cole took great pride in the fact that he never received a traffic ticket! He also worked at the Chaseburg Rod & Gun Club filling the trap houses on league nights and for special events. Cole enjoyed all the people he worked with and met along the way.

Cole was accepted at the University of Wisconsin-River Falls (UWRF) in the Agricultural Engineering Technology Program and was able to complete three years of the program. He truly found his niche at college. At UWRF, Cole was initiated into the Alpha Gamma Rho (AGR) professional fraternity in 2018 where he learned and refined numerous skills and made many great friends. He was given the 2020-21 Scholar Award by AGR. Cole currently served as the Vice Noble Ruler (VNR) of Operations for the fraternity house. He was also elected President of the Quarter Scale Tractor Club. Cole traveled and studied in India with a school group in January 2020 and had the experience of a lifetime. During the summers of his college freshman and sophomore years, he worked for Allied Co-op in Adams, WI operating and maintaining a Prowler Fertilizer Spreader over thousands of acres of cropland. It was in Adams, that Cole began working with a group of men who built and pulled farm tractors as a hobby. He had his first chance to pull a tractor in competition at the Adams County Fair. After completing his junior year, Cole sought out and was selected as a Technical Service Intern with CLAAS of America. He was headquartered in Omaha, Nebraska, but traveled to several states setting up, testing, and repairing their state-of-the-art forage choppers, combines, tractors, and rakes. This was his dream job! His internship was cut short by his illness July 14, 2021.

Cole was always very mechanically inclined and loved working on tractors, trucks, and farm machinery. His pride and joy were his Chevy Duramax Diesel Truck, to which he was constantly adding new details, and his Harley Davidson Softail motorcycle. Cole and his brother, Clay, enjoyed many motorcycle rides together. They also enjoyed deer hunting with family and friends.

[cw31][cs0][f5][p10][s8.8][v11.5][ya]Mass of Christian Burial will be held at Blessed Sacrament Church, 130 Losey Blvd. South, La Crosse, WI on Sunday, October 3, 2021, at 4:30 p.m. Rev. Peter Raj will officiate. Visitation will be from Noon to 4:00 p.m. on Sunday, October 3, 2021 at the Church as well. A Celebration of Cole's Life will be held in the Parish Hall with food and refreshments following Mass until 8:00 p.m. A private burial will be in the St. Charles Catholic Cemetery-Genoa, WI at a later date. The Blaschke & Schneider Funeral Home is assisting the family with arrangements. Memorials are preferred to a Scholarship Fund that has been established for Ag Engineering Technology students at the University of WI-River Falls or to the Aquinas Catholic Schools Foundation. Cole's family wishes to extend gratitude to Dr. John Merfeld, Mayo Clinic-La Crosse for coordinating Cole's care; to the Mayo-La Crosse ER nurses and Dr. Small who cared for him and followed his journey; and to the Mayo Clinic and Hospital-Rochester physicians, nurses, and staff who provided care for Cole.[ya%]

Published by La Crosse Tribune from Sep. 26 to Sep. 28, 2021.
To plant trees in memory, please visit the Sympathy Store.
MEMORIAL EVENTS
Oct
3
Visitation
12:00p.m. - 4:30p.m.
Blessed Sacrament Parish
130 Losey Blvd. South, La Crosse, WI
Oct
3
Mass of Christian Burial
4:30p.m.
Blessed Sacrament Parish
130 Losey Blvd. South, La Crosse, WI
Funeral services provided by:
Blaschke-Schneider Funeral Homes
MAKE A DONATION
MEMORIES & CONDOLENCES
Sponsored by Blaschke-Schneider Funeral Homes.
11 Entries
Kay and Family, We are so very sorry. Our thoughts and prayers are with you as you navigate this new world.
Randy and Nancy Thomas
October 1, 2021
Kay and Family, No one feels your pain more than Randy and I. How is it possible that our sons were called home on the same day. We may never know why they were taken from us so soon but the one thing I do know is that heaven received two of the best sons that anyone could ask for. We will be keeping your family in our thoughts and prayers. On a lighter note, that guy you called a cutie patootie(aka Drew) made sure his Dad took some shotgun shells with him so I am sure Cole and Aaron will be shooting a few rounds
Randy/Sue Hass
Friend
September 29, 2021
We are so sorry for your loss. You are in our thoughts and prayers.
Anne and Tom Reinhart
School
September 29, 2021 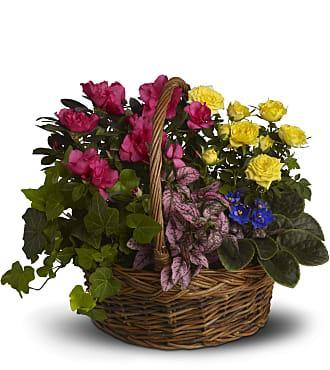 Gilkes Family
September 28, 2021
Kay, Denny and Cole , We are so sorry for your loss. My heart aches for you! Know that your in our prayers that you find peace in the hard times ahead! We won´t be able to make the service, Mark is having surgery on Monday! God bless! Mark and Vicki
Vicki and Mark Richardson
Family
September 28, 2021
My heart and my prayers go out to the entire Berra family. Cole was such a delightful young man whom the Lord has taken way too soon. God bless the entire Berra family and may He provide them with the strength to carry on, and may we all never forget this fine young gentleman. Rest In Peace, Cole.
John Merfeld
Friend
September 27, 2021
My heart breaks for your family at this tragic loss. You are in my prayers. Rachel and Alex Auby also send their condolences.
Karry Auby
September 27, 2021
As Cole's advisor at UWRF, I wish to offer my personal condolences to his family. Our entire department is saddened by his sudden passing. Cole had developed into a conscientious, reliable, team-oriented engineering technologist. He was always polite and well-mannered. We were so proud of him when he accepted the internship position at CLAAS. We hope and pray that God is able to use this tragic event to bring about some goodness in our world.
DR JOSEPH SHAKAL
School
September 27, 2021
We are heartsick to learn of Cole's death. We have so many fond memories of Cole from Aquinas Middle and High Schools. Our thoughts and prayers are with the Berra family.
John & Judy Farnen
School
September 27, 2021
My heart is just sick at the news of Cole´s death. I am so sorry and my prayers for your family are abundant.
Michelle Dyrhaug
September 26, 2021 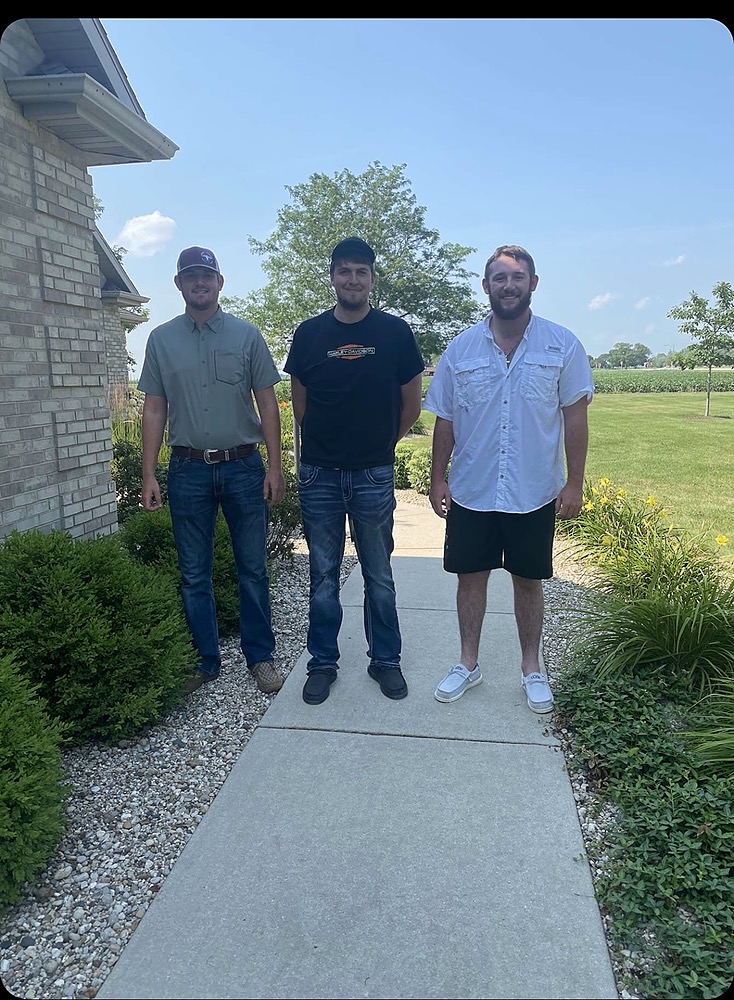 Our oldest, Hunter was an intern with Cole at Claas. They all came to our Illinois farm over Fourth of July. We so enjoyed getting to know Cole. Such a polite and kind young man. At the time we met him- he didn´t know quite exactly what was going on with his health. Our heart breaks for you and your family. May the Lord hold you all close to him during this difficult time. Much love from Illinois.....
Eric & Angela Greve & Boys
Friend
September 26, 2021
Showing 1 - 11 of 11 results