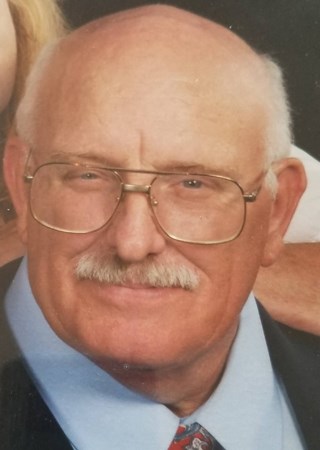 David was born in Terre Haute, Indiana on March 23, 1945, to parents, Charles Thomas and Dorothy Kathleen Lawson. He spent his early childhood years together with his siblings on country homesteads, cropping, gardening, and raising beef cows and heifers. He loved to relate many tales of chasing wayward cows due to downed or missing fences.

Following elementary school in Indiana, David attended Hylandale Academy in Rockland, Wisconsin for his high school years. In 1962, following graduation, he went to Madison College, Madison, Tennessee for one year pursuing religion and educational studies. He then transferred to Southern Missionary College (Southern Adventist University), Collegedale, Tennessee where he continued his religion and psychology studies. He married his high school sweetheart, Marjorie Ann Coon, on June 5, 1966. A call to come back to work and serve at Hylandale brought the Lawsons back to Wisconsin where David continued to pursue his educational pursuits at the University of Wisconsin-LaCrosse, where he earned both his Bachelor of Science and Master's degrees with an emphasis on educational psychology, communication, and secondary education administration. David loved the pursuit of knowledge and stressed the joy and importance of learning and studying in order to meet one's full potential. This same joy of learning was passed on to all of his family and to the young people who became his students. David taught for many years at Hylandale Academy where he became principal. He encouraged and desired each of his students to make wise choices, pursue their educational goals, and not be afraid to attempt new pursuits. Above all he prayed they would live to serve the Lord in the place their life's journey took them.

David had music in his soul. As a young person he coached his brother and sisters in singing. His talent grew and he found himself leading out and singing solos in church, forming spiritual quartets, and other musical groups throughout his lifetime. David is remembered for his beautiful booming voice and his enjoyment of playing piano, guitar, banjo, and harmonica. He loved taking his different student and family music groups to many churches throughout the area, hoping to foster a joy of sharing and serving others. After retirement, David, "Dad Lawson," enjoyed managing sound at Bangor High School for the choirs and musicals for many years. This love of music was intensified in all of his family members with whom many treasured moments were spent singing and taking turns at directing around the piano.

David never lost his love of farm machinery, especially classic tractors from his early childhood years. While serving at Hylandale he designed, patented, and manufactured the Lawson Hay Bale Rack to be used with a "kicker" baler, which was sold to implement dealers throughout Wisconsin. He was extremely knowledgeable of farm tractors, their history and unique strong points. When asked, "What is your favorite tractor model?" His reply was," Well there isn't any tractor I don't love!" After his time at Hylandale, David began his own business of repairing and refurbishing classic tractors. He thoroughly enjoyed being a member of the Coulee Antique Engine Club and enjoyed hauling tractors over to their annual show. The yearly tractor parade found most of his family members each driving one of his tractors through the parade. He began the hobby of collecting classic tractors with his son David II. He owned some Farmall, Minneapolis Moline, Alice Chalmers, Case, John Deere, Massey Ferguson, Massey Harris and others, but realized he couldn't collect them all, so he narrowed it down to collecting Massey Harris tractors. When asked, "Why Massey?" He'd reply, "Well, they are one of a kind and not many collectors want them or are looking for them." He enjoyed the numerous tractor talks and tales with his tractor friends.

Encompassing all of his activities was a desire to love and serve the Lord wherever he was. He loved studying the Bible and writing devotional sermons. Over his life he led out in Bible studies and several evangelistic series, worked for the Wisconsin Conference of Seventh-day Adventists as a singing evangelist in the early 1970s, served as head elder of the Hylandale Seventh day-Adventist Church and later the Sparta Seventh-day Adventist Church. His church families have always been very important to him and he so appreciated the lasting friendships which he found there. Our entire family wants to thank these church families for their love and many kindnesses throughout the years. Nothing gave "Dad Lawson" greater joy than the moments he shared with his wife, children, grandchildren and extended family and friends laughing, singing, telling stories, and hearing about how God was working in each person's life.

The family would also like to thank each of the critical care staff at Lutheran hospital for their patience and kind care. A special thank you to Dr. Kul Karne for reaching out to our family and his care for Dave.

Despite Dave being so ill, he was singing out in the hospital. Nurses said, "We thought we were in a spiritual gospel concert; we could hear his beautiful voice up and down the halls."

A celebration of David's life will be conducted on June 27, 2021, in the Wisconsin Academy Seventh-day Adventist Church Chapel, Duborg Road, Columbus, Wisconsin at 11:00 a.m. Visitation from 10:00 a.m. until time of service. Jandt Funeral Home of La Crosse is assisting with arrangements.

Online memories and condolences can be shared at www.jandtfredrickson.com

David will be greatly missed, but is resting peacefully awaiting the trumpet sound of Jesus. As the words of "Until Then", a gospel song he loved to sing, state, "Until then my heart will go on singing, until then with joy I'll carry on, until the day my eyes behold the city, until the day God calls me home."

To plant trees in memory, please visit our Sympathy Store.
Published by La Crosse Tribune on May 2, 2021.
MEMORIAL EVENTS
Jun
27
Visitation
10:00a.m.
Wisconsin Academy Seventh-day Adventist Church Chapel,
Duborg Road, Columbus, Wisconsin
Jun
27
Celebration of Life
11:00a.m.
Wisconsin Academy Seventh-day Adventist Church Chapel,
Duborg Road, Columbus, Wisconsin
Funeral services provided by:
Jandt-Fredrickson Funeral Home
GUEST BOOK
Sponsored by Jandt-Fredrickson Funeral Home.
2 Entries
May Jesus come quickly and we will all sing "Glory to God in the highest! He loves to heard us sing in Jesus name. Prayers and love to your family
Doris Nelsen
May 3, 2021
Our hearts go out to each of you grieving the loss of a wonderful man, but especially Marge & the family. He always had an interesting story to tell and a smile on his face. He was a true Christian man who shared his love of the Lord in everything he did. We will miss him.
Connie & Earl Sykes, LaCrosse, WI
May 2, 2021