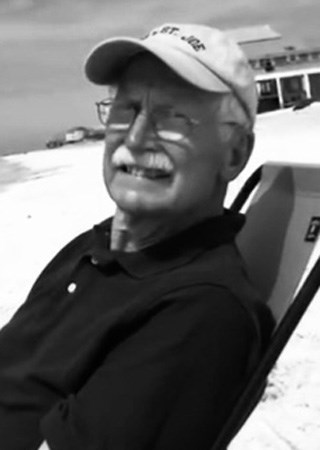 David Ridgely Mauch Jr., loving husband and father passed away in his home early Friday August 20, 2021 at the age of 74.

David was born June 30, 1947 in St. Lous, Missouri to David and Thasia (Jarrard) Mauch. David was a graduate of the 'class of 66' at Williams Bay H.S., and earned his degree from the University of Illinois Wesleyan. He began his career in Lake Bluff, Illinois and was founder of Mauch Promotional Services.

David's avid love for hunting, fishing, and outdoor activities brought him to Tomah, Wisconsin in 1983. Also, he began a new venture and partnership in the Pallet Factory Company with his business partners, Jan VanRens and Keith Holcomb. David married his dear friend, Mary Lou Bastion in 1996. Mary Lou and David moved to Urbana, Illinois in 2018 to enjoy retirement and be near their grandchildren.

David is preceded in death by his stepson, Brian Bastion; parents: David and Thasia (Jarrard) Mauch.

David will be dearly missed by his family, friends, and colleagues. A celebration of life will be planned at a later date.

Published by La Crosse Tribune from Sep. 14 to Sep. 24, 2021.
To plant trees in memory, please visit the Sympathy Store.
MEMORIAL EVENTS
To offer your sympathy during this difficult time, you can now have memorial trees planted in a National Forest in memory of your loved one.
MAKE A DONATION
MEMORIES & CONDOLENCES
1 Entry
He was such a wonderful man and we will miss him greatly.
Al and Joan Fisher
Family
September 23, 2021
Showing 1 - 1 of 1 results