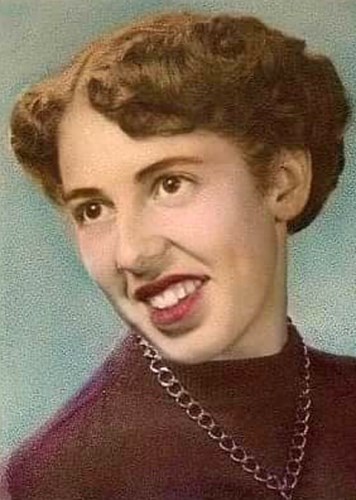 Dolores was born December 16, 1935, to Alfred and Myrtle (Robinson) Wall, in Ontario, WI. November 17, 1956, she married Charles Frederick Anderson at the United Brethren Church in Ontario.

Growing up, Dolores had a desire to be a teacher, and after graduation from Ontario High School, she continued her education at the Vernon County Normal Teacher's College. She began her career in a number of one-room school houses in the surrounding area including Brush Creek, Rockton, Mt. Pisgah, and Sandhill Schools. As her time as an educator progressed, her love of the field of knowledge continued. In 1973, she received her Bachelor's Degree from the Wisconsin State University at La Crosse.

The Norwalk Ontario Wilton School system and the students whom she taught were very fortunate to have someone as dedicated as Mrs. Anderson. She was determined, resourceful and creative in the classroom especially when it came to science, a subject she loved teaching.

Dolores wore many hats as an educator, and was also the equipment master for all AV needs. She had strong organization skills, respect, and empathy for students and peers, all traits that contributed to her success after she accepted the Norwalk-Ontario Elementary School's Principal position.

While not in the classroom, Dolores played piano and organ in the church, where she also was choir leader and involved in parish women's organizations. She had many pastimes, including sewing American Girl Doll dresses, making Halloween costumes, baking, and raising African violets.

Dolores was preceded in death by her parents; an infant daughter, Michell Rose Anderson; and her sister and brother-in-law, Ardyth (Avery) Rich; sister-in-law, Janet Allen; and brothers-in-law, Richard Allen and Pete Evans.

Family has asked that memorials be given in lieu of flowers. They will be donating to the N.O.W. Scholarship Fund in Dolores' (Mrs. Anderson's) name.

Those who are not able to attend Dolores' funeral service may view the event through the Torkelson Funeral Home Facebook Page.

Online condolences may be offered at www.torkelsonfuneralhome.com.