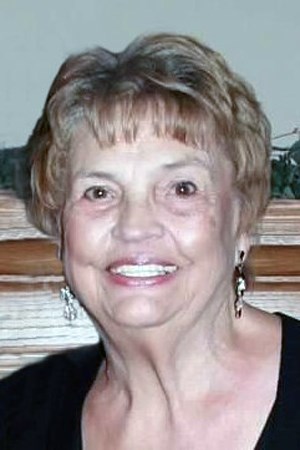 Donna was one of a kind. She valued family above all. Her happiest days were when she was surrounded by her children and their families. For her, nothing could beat the feeling of holding a newborn baby, even after all the babies she had raised herself. Most people knew what a great mother she was but didn't know the many other talents that she had. She was a skilled writer, an artist, and a college graduate at age 50 with 2 majors. It was important to her that her children and grandchildren understood the value of getting an education as well.

She was a gardener and loved the daisy most of all, comparing herself to have the strength of a daisy. She loved to bake and taught all of her children and grandchildren the art of making bread. Her cinnamon rolls were a family favorite.

Donna loved everything about music and was a talented singer. She carried on her love for music with her children by exposing them to songs from Broadway musicals throughout their lives. Her favorite musical was the "Sound of Music". She had her own "Von Trapp" family singers in her daughters. Many times, as a family we would break into song, even as adults, remembering all the words to the songs she taught us as children.

Donna was thrifty, always finding good deals at garage sales or clearance racks. She loved reading and was especially interested in historical fiction, probably because of the characters survival stories despite the turmoil's life had thrown their way. She loved to sew, making kids clothes as well as quilts and blankets. Donna was a great cook and a food critic; advising her family how to cook, even after she was no longer able. We will miss her infinite wisdom and her art of listening, knowing just what to say, usually without a filter, but exactly what you needed to hear.

She was a servant of God, serving the parishes of Saint Patrick's, Saint Elizabeth's, Saint Mary's, and Saint James.

Donna fought the good fight with the help of her health care teams. The family would like to thank Dr. David Bleidorn (Gundersen Clinic), Dr. Andrea Kattah and the Home Hemo-Dialysis Team (Mayo Clinic Rochester). We would also like to extend a very heartfelt thank you to Dave and Lois Hines for the love and care you gave mom for so many years. Lois, you were her rock.

In addition to her husbands, she was preceded in death by her parents; an infant son, Kevin Pedretti; son, Larry Roberts; a sister, Cathy McCarthy; and great-grandchildren: Ellie Weigel, Zachery Grosskopf, and the angels of the Scott Family.

A Mass of Christian Burial will be held at 1:00 p.m. on Saturday, September 18, 2021 at St. Elizabeth Ann Seton Catholic Church, Holmen. Father John Parr, Monsignor Delbert Malin, and Deacon Richard Sage will preside. The burial will follow at the Farmington Cemetery in Mindoro. A visitation will be held on Friday, September 17, 2021 from 5:00 p.m. to 7:00 p.m. at Dickinson Family Funeral Home, 515 McHugh Rd, Holmen and again at the church on Saturday from 12:00 p.m. until the time of service. A lunch will be served at the Community Center Boys and Girls Club, 600 N Holmen Drive, Holmen, WI

In lieu of flowers, memorials may be given to Catholic Charities of the Diocese of La Crosse, 3710 East Avenue South, La Crosse.

Online condolences may be sent to the family at www.dickinsonfuneralhomes.com