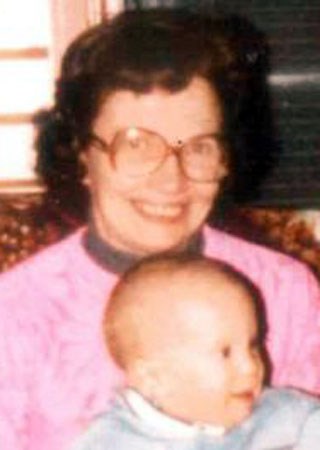 Edna M. Guenther, 96, of Onalaska, passed away on Saturday, October 16, 2021, at the Bluffview Memory Care in Holmen. She was born in Wisconsin on August 1, 1925, to Henry and Laura (West) Harnisch. Edna was a 1943 graduate of Onalaska High School and as far as her family knows, she was the last remaining member of her class and also the last remaining Matriarch of the Onalaska Main Street Businesses.

Edna was always a hard worker and always kept busy. Following High School, she worked at the Auto Lite Company before opening Bob's Flowers on Main Street in Onalaska, which Edna and Robert owned and operated for 27 years. Edna then worked at Hardware Hank in Onalaska before going to work for her son, Ron, and daughter-in-law Kathy at Flowers by Guenther's in Onalaska.

Edna is survived by two sons; Ron (Kathy) Guenther and Bob Guenther, both of Onalaska; two grandsons, Tom (Jamie) Guenther and Jamie's two daughters, Kesa and Braelin, and Troy Guenther; along with a sister, Estelle Tabbert.

In addition to her husband Bob, she was preceded in death by her brothers, LeRoy (Margaret), Harold (Marilyn), and William, who passed away at age 14; sister, Laura (Merlin) Westlie; and brother-in-law, George Tabbert Sr.

Funeral services will be held at 1:00 P.M. Friday, October 22nd at the Schumacher-Kish Funeral Home, 907 Sand Lake Road, Onalaska with Rev. Park Hunter officiating. Burial will follow in the Onalaska City Cemetery. Visitation will be held on Friday from 12:00 P.M. until the time of services at the funeral home. Online guestbook is available at www.schumacher-kish.com. 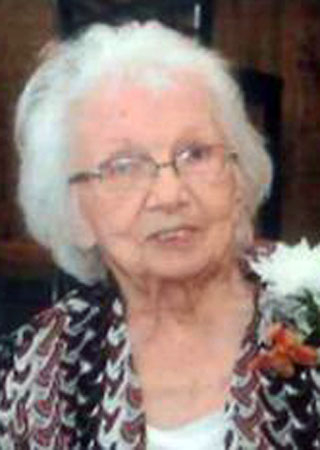 Published by La Crosse Tribune on Oct. 20, 2021.
To plant trees in memory, please visit the Sympathy Store.
MEMORIAL EVENTS
Oct
22
Visitation
12:00p.m. - 1:00p.m.
Schumacher-Kish Funeral and Cremation Services - Onalaska
907 Sand Lake Road P.O. Box 434, Onalaska, WI
Oct
22
Funeral service
1:00p.m.
Schumacher-Kish Funeral and Cremation Services - Onalaska
907 Sand Lake Road P.O. Box 434, Onalaska, WI
Funeral services provided by:
Schumacher-Kish Funeral and Cremation Services - Onalaska
MAKE A DONATION
MEMORIES & CONDOLENCES
Sponsored by Schumacher-Kish Funeral and Cremation Services - Onalaska.
7 Entries
Bob, Ron and Kathy, being your neighbors, Ron and Kathy and former co-workers, we are saddened to hear of your loss. Edna had a special touch with floral arrangements and we were drawn to her expertise and kindness.
Jan Shedivy
Neighbor
October 27, 2021
Bob, Ron and Kathy, so sorry to hear of your mother’s passing. Have so many great memories of both your parents! My deepest condolences to all of you!
Ardith Lutz
Friend
October 25, 2021
Edna was a very sweet and quiet woman who loved her family dearly. We know you will miss her tremendously. Please know our thoughts and prayers are with each of you. Our deepest sympathy to all.
Nathan & Beth Hamm & family
October 21, 2021
Onalaska lost a great person, but heaven gained an angel. It was always nice talking with Bob and Edna. Their flower shop on Main Street back in the day was the place to go for flowers.
Dennis Furlong acquaintance
Other
October 21, 2021
r in West Salem. Edna also did all the flowers for our wedding. My mother was Betty Everitt if that helps you with who I am. Edna and Bob were such a beautiful couple. I will remember them both fondly. Thoughts and prayers to all of you on your loss.
Aletta Peterson
October 20, 2021
Ron, Kathy and Bob, I am so sorry to read that your Mom has passed away. She had a great talent for arranging flowers so beautiful! Edna was a great friend to me and that friendship was evident when we worked at Hardware Hank. I asked her how I could improve my house plants and she told me “Just leave them alone. They will tell you when they need water.” I have never forgotten that advice. My thoughts and prayers are with you and your family.
Maureen Dlouhy
Coworker
October 20, 2021
My condolences to the family on the passing of Edna. She was such a pleasant ands soft spoken person with a special talent that brought happiness and solace as she prepared and directed plant and floral arrangements for so many people and occasions. As she assisted retail customers you knew that she was giving the best service possible. RIP
Doug Huggett
Acquaintance
October 20, 2021
Showing 1 - 7 of 7 results