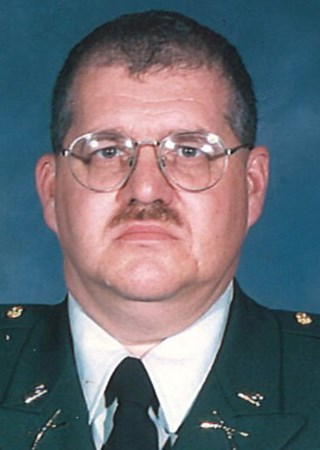 Major Teoli proudly served his country in the Army National Guard for 32 years. He was an accomplished outdoorsman, sporting clays enthusiast, fisherman, hunter, and modeler of historical figures and military miniatures. He enjoyed spending long days in his boat drifting down the Mississippi, which he claimed was "taking his wife out for a dinner cruise." After retirement, he became a frequent member of the Sparta Rod & Gun Club, eventually taking on the roles of secretary and president.

Bill was an avid family man, raising two daughters with the help of his wife of 45 years. He enjoyed spending time with his family and close friends, and could often be found driving his much-loved pickup truck all over the country, as he thoroughly enjoyed road trips.

He was preceded in death by his father, Bill Sr., his mother, Doris Beauvais, his sister Carmen Teoli, and his brother Joseph Teoli.

Bill is survived by his wife of 45 years, Theresa (Osiurak) Teoli; his oldest daughter, Dr. Laura Teoli; his youngest daughter, Elizabeth Teoli and her partner Timothy Thomason; his youngest sister Mary Porter and her husband Brian; his step-brother Tony Teoli; two nephews, James Teoli and his spouse Samantha, and Daniel Hall; his niece, Christina Vierra and her spouse Jay and their three children, Matthew, Lexi, and Brady.

Visitation will be from 10-11am and a memorial service will be held at St. Patrick's Catholic Church in Sparta, WI at 11am on Friday, October 15, 2021. Interment will follow in the Oak Grove Cemetery at 1pm. A reception will be held at the Sparta Rod & Gun Club at 2pm. In lieu of flowers, donations may be made in his honor to the Disabled American Veterans organization (www.dav.org), or the National Parks Service (www.nps.gov).

Lanham-Schanhofer Funeral Home and Cremation of Sparta is assisting the family with arrangements.

Published by La Crosse Tribune on Oct. 13, 2021.
To plant trees in memory, please visit the Sympathy Store.
MEMORIAL EVENTS
To offer your sympathy during this difficult time, you can now have memorial trees planted in a National Forest in memory of your loved one.
Funeral services provided by:
Lanham-Schanhofer Funeral Home
MAKE A DONATION
MEMORIES & CONDOLENCES
Sponsored by Lanham-Schanhofer Funeral Home.
0 Entries
Be the first to post a memory or condolences.