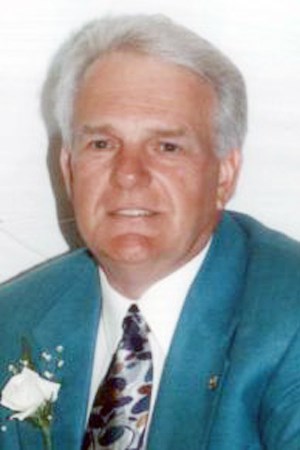 He was born in La Crosse on March 13, 1943, to Howard and Frances (Zink) Birnbaum. As a young boy, Frank started working at Birnbaum's Park and Shop. He stayed until the store was sold in 1971.

Frank graduated from Logan High School and then joined the Army Reserve, serving for five years. During that time, in 1963, he met Linda Sneath. They married in 1965 and just celebrated their 56-th anniversary this past April. They raised a family of two sons: Jeffery Howard and Dustin David; and were also blessed with three wonderful grandsons: Grant Alexander, Jack Howard and Timothy David. Frank loved his family deeply and was a great teacher to his boys.

Frank was a "jack-of-all-trades". When the store sold, he went to work at G. Heileman Brewery and retired in 1984 due to his health. He took up golf, loved playing cards, was an avid NASCAR fan, and enjoyed gardening, traveling, and spending time with his old buddies: David Osley, Terry Sargent and Art Ingalls. He also missed his canine friends: Tuffy, AJ, and most recently, Ozzie.

Frank is survived by his wife, Linda; his sons and grandsons; two brothers: Kenny (Donna) and Howard, Jr. (Maurita); one sister, Mary Jo; and many nieces and nephews. He was preceded in death by his parents, and one sister, Helen Perlich.

A celebration of Frank's life will be held from 2:00 until 6:00 p.m., Sunday, September 26, at American Legion Post 52, Sixth and Market Sts., in La Crosse, hosted by Kathy Wagner, Sheila Morrison and Marilyn Sneath. Online condolences may be submitted at www.schumacher-kish.com.

Published by La Crosse Tribune on Sep. 19, 2021.
To plant trees in memory, please visit the Sympathy Store.
MEMORIAL EVENTS
Sep
26
Celebration of Life
2:00p.m. - 6:00p.m.
American Legion Post 52
Sixth and Market Sts., La Crosse, WI
Funeral services provided by:
Schumacher-Kish Funeral and Cremation Services - La Crosse
MAKE A DONATION
MEMORIES & CONDOLENCES
Sponsored by Schumacher-Kish Funeral and Cremation Services - La Crosse.
29 Entries
thoughts and prayers are with your family
Stephanie Ruetten
Other
October 7, 2021
Frank was a Northsider as was my family. We shopped at his parent's grocery store and Frank played ball with us at Erickson School ground. I remember playing cards with him and others at a Barre Mills festival event. He won. Rest in Peace Frank and we will all meet again.
William Riley
Friend
September 22, 2021
Sincerest condolences to the Birnbaum family. Great memories of the Birnbaum park n shop where I first met Frank. Frank was laid back and always easy to talk to. May the memories of Frank help in the loss of someone respected as Frank.
Dave Berger
Friend
September 20, 2021
Linda, Our sympathy to you, the boys, and grandkids. RIP Frank, you will be missed by many.
Jim and Barbara Wright
August 14, 2021
Frank was a great guy who I always admired as young kid in the old Birnbaum neighborhood on George and Kane Streets. Our stmpathies are with Linda and the entire extended Birnbaum neighborhood.
Chris and Beth Weiss
CHRIS WEISS
Friend
August 12, 2021
Linda, I'm so sorry for your loss.
Alessia Haas
August 7, 2021
Linda, I’m so sorry for your loss.
Mary Zink
August 5, 2021
Linda and Family.
We are so sorry to hear of Frank's passing. He was a kind. thoughtful friend. Our thoughts and prayers are with all of you. May your many wonderful memories help you through this difficult time.
Bill and Jeanne Beeler
Friend
July 31, 2021
Aunt Linda, you are in my thoughts and prayers. My deepest sympathies and condolences for your loss. Many fond memories of Uncle Frank, eating escargot in Aruba w/ him and Kenny comes to mind. All my Love. -John Howard
John Perlich
Family
July 30, 2021
Cheryl and I share your loss. Frank was a good friend from day one. Ray Moss
RAY MOSS
Friend
July 29, 2021
I have fond memories of the Birnbaum family. I worked as a teenager with Frank at his dad's super market, getting into some innocent trouble once in a while. All was fun. So sorry for your loss, you guys.
pat patros hanson
July 29, 2021
Frank was like a big brother to me growing up and me being best friends with Helen. Take good care of yourself.
Joyce Lanzel
July 26, 2021
So sorry for your loss.

Zink Family -Stoddard
Audra Zink
Family
July 26, 2021
A great guy gone was too soon. Abraham Family prayers go out to Linda and family. Rest in peace Frank.
Mike Abraham
Friend
July 26, 2021
Linda, I am so sorry for your loss. I remember meeting you at the last class reunion. May family, friends, and your memories of Frank bring you comfort during this difficult time.
Mariette Lovold
July 26, 2021
Our very sincere sympathies to you Linda and family and to all of Frank's siblings for the love and loss of Frank. What short time we got to know him we so loved his friendship and all the laughs we had. Will miss him and may he dwell in heaven with God. God bless you all.
Norm and Darleen Ziegler
Friend
July 25, 2021
No matter when or where,, people are different.. which can lead to friction. No different at the Brewery where I worked with Frank,, but Frank had the personality of an angel, and as I remember.. Frank was kind and courteous to everyone. (We could all take a lesson from Frank.. on how to live & treat people)..
William Kreuzer
Coworker
July 25, 2021
Linda, we are so sorry to hear of Frank´s passing. My brother Jim and I grew up with Frank on the north side. He was also in my class at St.James and Aquinas. Peace with you and your family.
Mary Lou (Dohlby) Balts and Jim Dohlby
School
July 25, 2021
Dear Linda and Family, we are extending our sincere condolences to all of you in this time of sadness. It was always a pleasure to be in Frank's company, he was truly a nice person and will be missed by many.
Butch & Kathy Luedke
Friend
July 25, 2021
So sorry to hear about Frank. Hugs and prayers to all
Marie Turk
Family
July 25, 2021
May Frank rest in peace. My sympathy to his family. Frank was a member of our class of '61 from Aquinas High School. Many great memories.
Jim Dockendorff
Classmate
July 25, 2021
Dear Linda and family, my thoughts and prayers are with you. Linda, Frank new your deep love for him. I always enjoyed talking to Frank. May he be in Gods’ loving arms.
Rosa Weber(Butkovich)
Acquaintance
July 25, 2021
Great guy from a great family. Many happy memories of Frank. Ray Loughan
raymond Loughan
Friend
July 25, 2021
Wishing you and your family our deepest sympathy.Tom and Mary Poellinger
Mary Poellinger
July 25, 2021
I grew up on the Northside with Frank, our family shopped at his parent's grocery store, and Frank played with us at Erickson's school playground. He was a good friend. May he RIP until we meet again.
Bill Riley
Friend
July 25, 2021
My sympathy to your entire family. Frank was a heck of a guy. He will be missed by all. God is waiting for him.
Scott kellicut
Friend
July 25, 2021
Mr. Birnbaum was a good man and will be missed by everyone who knew him. God bless his his family and you have my deepest sympathies.
Mike Coady
Acquaintance
July 24, 2021
My sympathy for your loss
john perlich
July 24, 2021
Linda, I'm so sorry to hear about Frank. Sending condolences for you and your family.
Kathy Hall
Friend
July 23, 2021
Showing 1 - 29 of 29 results