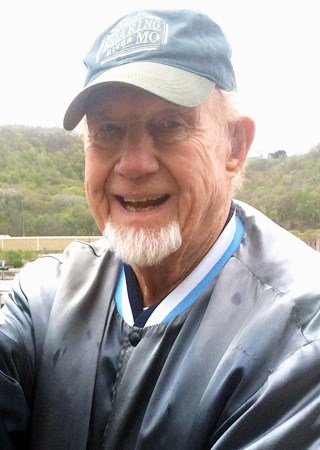 George Adam Krall of La Crosse passed away peacefully on October 10, 2021. He was surrounded by his family and has now completed his life's journey by rejoining his beloved wife Luella. He was born July 14, 1930 to George and Margaret Krall, Hibbing, Minnesota.

George considered himself an Iron Ranger through and through. He attended high school in Mt Iron, Minnesota earning football scholarships to University of Minnesota and University of Wisconsin Stout where he earned his bachelor's degree. In between semesters he worked in the mines of the Iron Range. It was while at Stout that he met the love of his life Luella.

He and Luella were united in marriage April 6, 1953. George was drafted during the Korean War serving his country from May 1953 honorably discharged in May of 1955. Following his service, he earned an Engineering degree from Marquette University at night school while working at Milwaukee Area Technical College. He and Luella raised 6 fine children in Brown Deer Wisconsin where George worked in education, retiring in 1990 as Associate Dean of Industrial Arts from Milwaukee Area Technical College.

They moved in 1990 to their beloved Gills Rock, Door County, Wisconsin where George had built their first of two retirement homes in Gills Rock. Door County served as the base of many travel adventures for George and Luella including winter trips to Gulf Shores Alabama, Hawaii, Alaska and Europe. He and Luella lived faith-based lives as active members of Stella Maris Parish, Sister Bay Wisconsin and on moving to La Crosse, St Patrick's Parish Onalaska, Wisconsin. Luella passed to her eternal reward on April 18, 2017 in La Crosse.

George was an accomplished harmonica player, entertaining at church, nursing homes, and reunions of high school chums. He particularly enjoyed playing at grandchildren's weddings. He was an accomplished self-taught painter, decorating his home and those of his family with wonderful paintings from his adventures and memories.

Published by La Crosse Tribune on Oct. 17, 2021.
To plant trees in memory, please visit the Sympathy Store.
MEMORIAL EVENTS
To offer your sympathy during this difficult time, you can now have memorial trees planted in a National Forest in memory of your loved one.
Funeral services provided by:
Coulee Region Cremation Group
MAKE A DONATION
MEMORIES & CONDOLENCES
Sponsored by Coulee Region Cremation Group.
1 Entry
George, George,George! You left this world a better place. Your kindness, generosity and love of life impressed many people including me! We had some good laughs and I thought the world of you. I am happy to know you are reunited with Lu, Eternal rest granted to you! Fluff
Nancy `Fluff´ Schreier
Friend
October 17, 2021
Showing 1 - 1 of 1 results