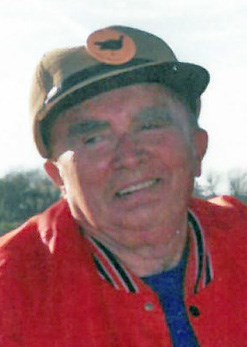 Gerald enjoyed hunting and fishing throughout his life and learned to fly a single engine airplane. Gerald worked as a Custodian at Whitehall School District in Whitehall, Wisconsin. During his retirement, he could be found fishing most of the Trempealeau County ponds and creeks with his partner of 45 years, Elaine Foss. Gerald was a member of Sons of Norway and was active in his church.

Gerald was preceded in death by his son, John Betthauser; a granddaughter, Jessica; and his parents, Martin and Esther Betthauser and his step-mother, Catherine (Guider).

Visitation will be held from 4-7:00 p.m. on Tuesday, July 20, 2021 at Thornburg-Grau Funeral Home and Cremation Service in McGregor, Iowa.

Thornburg-Grau Funeral Home and Cremation Service in McGregor, Iowa is assisting the family with arrangements.

Memorials, in lieu of flowers, can be made out to the Catholic Diocese of LaCrosse or Trempealeau County Humane Society.