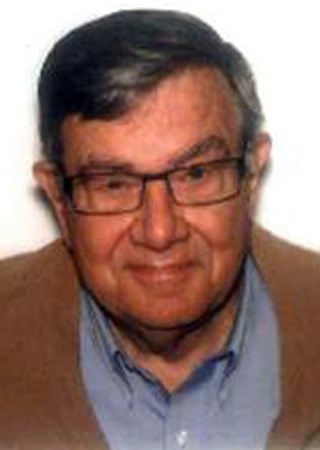 ONALASKA - Glen G. Bakalars, 80, of Onalaska, passed away peacefully on Friday, April 30, 2021. His family was with him along with staff of Brookdale-Clare Bridge Assisted Living who took loving care of him.

Glen was born in La Crosse on October 21, 1940, to Raymond and Bernice (Schams) Bakalars. He was a 1958 graduate of Aquinas High School and received is BA in History from Marquette University in 1962. He then enlisted in the U.S. Navy for two years, receiving an honorable discharge in January of 1965. After his discharge, Glen looked up his MU girlfriend, Mary Giefer. Their romance took off from where it left off and they were married in 1966.

Glen owned and operated Bakalars Bros. in La Crosse for a number of years before transferring the ownership of the business to his nephew, Mike, in 2003. Glen was well-respected by his employees and customers alike. In his free time, Glen enjoyed collecting military memorabilia and loved to travel, traveling to Europe several times as well as many other destinations.

Glen is survived by Mary, his loving wife of 55 years; two sons, Terry and Mark (Shannon); treasured granddaughters, Sofia and Lila; and many nieces and nephews. He was preceded in death by his parents, Raymond and Bernice; brothers, Kenneth and Eugene; and brother-in-law, Paul Uselmann.

A Mass of Christian Burial will be held at 10:30 a.m., Wednesday, May 5th, at the Cathedral of St. Joseph the Workman, 530 Main St., La Crosse, with visitation beginning at 9:30 a.m. Msgr. Richard Gilles will officiate. Entombment, with military honors, will take place in the St. Joseph Mausoleum, Catholic Cemetery, in La Crosse. Memorials are preferred to Catholic Charities or the Boys and Girls Clubs of Greater La Crosse. Schumacher-Kish Funeral and Cremation Services is assisting the family. An online guest book can be found at www.schumacher-kish.com.

To plant trees in memory, please visit our Sympathy Store.
Published by La Crosse Tribune on May 4, 2021.
MEMORIAL EVENTS
May
5
Visitation
9:30a.m. - 10:30a.m.
Cathedral of St. Joseph the Workman
530 Main St., La Crosse, Wisconsin
May
5
Mass of Christian Burial
10:30a.m.
Cathedral of St. Joseph the Workman
530 Main St., La Crosse, Wisconsin
Funeral services provided by:
Schumacher-Kish Funeral and Cremation Services - Onalaska
GUEST BOOK
Sponsored by Schumacher-Kish Funeral and Cremation Services - Onalaska.
9 Entries
Sure sorry to hear about Glen. My love and condolences to the whole family.
Tracy Giefer Fullerton
Family
May 5, 2021
We are so sorry for your loss. We will be praying for your family during this difficult time. We hope your sorrow soon fades and only the wonderful memories with your Dad shine through.
Tom and Diana Paul
May 5, 2021
Mary.sorry to read about Glen. Please accept my sympathy.
Mary Jo Russell
May 5, 2021
My deepest sympathy for your family's loss. I remember Glenn as quiet and kind man. My prayers and thoughts are with you all.
Kathy Helgeson-Lefler
May 4, 2021
I got the pleasure of taking care of glen he was the sweetest man every time i would take care of him he would have a smile on his face... U will b missed by many R. I. P sweet man and my condolences to the family
Jennifer Lindsay
May 4, 2021
Mary, My deepest sympathy to you and the entire family. I was a high school classmate of Glen. I also attended Marquette for two years with Glen. Glen was a true and loyal friend of mine during a time in my life when I didn't make it easy for anyone to befriend me. God rest his soul and God bless you. John Christensen
John Christensen
Classmate
May 4, 2021
The Bakalars family was a very big part of my life growing up in La Crosse. Glen, to me, was always larger than life. A man of few words but when they came out, you listened and knew they were important. My condolences to the family.
Darren Varley
Friend
May 4, 2021
I did not know Glen personally, but I, like many, knew the name Bakalars, and its products. That name will live in the history of La Crosse. RIP my friend.
William Riley
May 4, 2021
Judie
Judie Mueller
Classmate
May 3, 2021