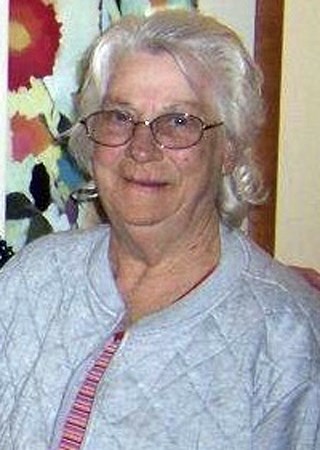 Gloria June (Phillips) Glass passed away on Friday, March 26th, 2021 at the Vernon Manor in Viroqua, WI. after 9 years in dialysis. She was born on July 25th, 1938 to Glen and Nellie (Wanless) Phillips in the Soldiers Grove area. She graduated from Soldiers Grove High School. She married John Glass on June 30, 1956. They lived in Janesville until John's retirement from General Motors in 1986. She had babysat for many families over the years. John passed in 1993. They had four children. Gloria was a member of the Readstown and Kickapoo Area Advancement Association and Church of Christ, Soldiers Grove, WI. She tended bar at the Kickapoo Inn, Ronnie and Barb's Corner Bar of Readstown, WI and also enjoyed mowing lawns for others. Gloria treasured time with friends and family, especially her grand and great grandchildren.

Gloria requested not to have a funeral so a memorial will be held at a later time. Gloria's family wishes to thank the Gundersen Dialysis Unit of Viroqua, WI, Vernon Manor of Viroqua, WI, and St. Croix Hospice. Online condolences may be left at www.thorsonfuneralhomehome.com.

The Thorson Funeral Home and Cremation Service of Viroqua is proudly serving the family.

To plant trees in memory, please visit our Sympathy Store.
Published by La Crosse Tribune on Apr. 14, 2021.
MEMORIAL EVENTS
No memorial events are currently scheduled.
To offer your sympathy during this difficult time, you can now have memorial trees planted in a National Forest in memory of your loved one.
Funeral services provided by:
Thorson Funeral Home
GUEST BOOK
Sponsored by Thorson Funeral Home.
1 Entry
Gloria was a great person as all of Glen's children were---May God rest her soul. Don/Jan Miller
Donald Miller
April 14, 2021