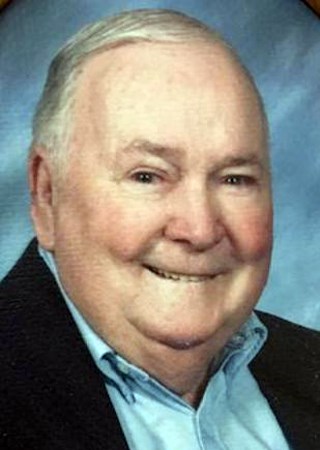 The Stevens Point Elks of which Hugh was a long time member will do a ritual at 6:00 PM and the general Rosary will be prayed at 6:30. Visitation will also be held on Friday from 10:00 AM until the time of service at Shuda's. Burial with full military honors is after the service at Guardian Angel Cemetery. A memorial in lieu of flowers will be established in Hugh's name for SPACS.

Hugh was born August 14, 1933 in Scranton, PA, the son of Hugh and Margaret (Holmes) Donlan. He graduated from St. Anne Catholic High School and earned a business degree at the University of Scranton, where he was a varsity baseball player. Hugh entered the United States Army after college.

On September 12, 1959 Hugh married Nancy Scheer in Jeffersonville, IN. The couple settled in Cincinnati and began raising their family. They moved to Park Forest, IL in 1963 when Hugh accepted a position with Sentry Insurance. In 1969 they moved to Stevens Point, and Hugh retired in 1990 as the Director of Corporate Underwriting at Sentry. Hugh was a proud supporter of Stevens Point Area Catholic Schools, enjoyed golfing, but most of all cherished attending his kids and grandchildren's sporting events, especially hockey games.

Online condolences may be sent by visiting www.shudafuneral.com.