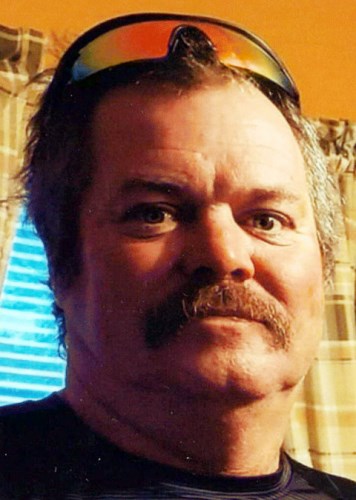 HILLSBORO - James Matthew Hall, age 50, of Hillsboro, WI, passed away suddenly on Friday, September 10, 2021. He was born on August 24, 1971 in Berwyn, IL, the second of three children to Edwin Hall and Edith Parker.

The family relocated to rural Wisconsin, near Yuba, in 1976 and lived on a dairy farm. Jim loved growing up helping on the farm, raising animals, and tending the fields. After graduating from Viroqua High School in 1989, he worked with his father and brother, Fred, running Meadows Construction for several years. After his father's passing, Jim and Fred worked together in construction and on the family farm raising crops, chickens and beef cattle.

He enjoyed dancing, fishing, hunting, and spending time with his friends. Of all the things he is known for, Jim had the world's biggest heart. He would do anything for those he cared about, and would give the shirt off his back for anyone in need. The greatest joys in his life were his children, Brittany and James Hunter. Holidays will not be the same without his cheerful laugh and contagious smile.

Published by La Crosse Tribune on Sep. 22, 2021.
To plant trees in memory, please visit the Sympathy Store.
MEMORIAL EVENTS
Sep
16
Visitation
4:00p.m. - 7:00p.m.
Thorson-Popp Funeral and Cremation Services
856 S. Rusk Ave., Viroqua, WI
Sep
17
Visitation
10:00a.m. - 11:00a.m.
Thorson-Popp Funeral and Cremation Services
856 S. Rusk Ave., Viroqua, WI
Sep
17
Service
11:00a.m. - 11:30a.m.
Thorson-Popp Funeral and Cremation Services
856 S. Rusk Ave., Viroqua, WI
Funeral services provided by:
Thorson Funeral Home
MAKE A DONATION
MEMORIES & CONDOLENCES
Sponsored by Thorson Funeral Home.
2 Entries
Dear Family and Friends of James Hall, Our love and sympathy goes out to you all. This was so sudden and tragic. May Gods love surround you all during this difficult time. Love Charlene and Richard Chatigny
Charlene and Richard Chatigny
Family
September 13, 2021
Condolences and heart felt love for Jimmy's family. Although I mostly knew Jimmy as a child, I remember that spark in his eye that meant trouble was coming. Always following his big brother and caring for his little sister. Getting into mischief being a Hall family trait. My minds eye I can still see Jimmy sliding under a barbed wire fence, on a sled attached to the snowmobile and coming out the other side with a snowmobile suit shredded, and standing up so damn that was fun! Memory of us picking apples on the hill standing on top of a cow so that Grandma can make an apple pie. I can see us all standing in line getting our butts whipped for setting The Root cellar on fire by the entire fire department of yuba. I can see little Jimmy just learning how to talk, and Grandma couldn't understand what he wanted, so he take his hand in smack his other hand together which meant I want a hot dog on a slice of bread. Memories of him sneaking over when Grandma was baking a cake so he could lick the beaters. That twinkle in his eye and that sweet smile those are the memories I have of Jimmy. I will always miss these things and I'm sending prayers ,love and hugs out to the family.
Yolanda Hall Bugge
Family
September 13, 2021
Showing 1 - 2 of 2 results